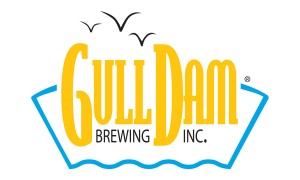 NISSWA, Minnesota — With fall’s radiant colors bathed in the mid-autumn sun mingling over a beer tap-driven waterwheel, the scene in the heart of Minnesota’s Lake Country is idyllic for the Grand Opening of what promises to be one of the Upper Midwest’s leading microbreweries and taprooms.

Gull Dam Brewing Inc. announced plans today to present to the public on October 11 its first — and carefully selected — handcrafted beer creations in time for Oktoberfest and Nisswa’s annual Pub Tour, one of the Brainerd Lakes area’s leading must-attend events.

“No one has produced artisan craft beers on such an operational scale in the Brainerd area,” said owner Mark Anderson, explaining what attracted him and his business partner and wife, Barb, to this moment. “We’re not even open and yet Gull Dam Brewing has truly become the buzz around central Minnesota.”

Getting to this point has been years in the making for the Andersons, starting when they shared a consumers’ affinity for craft beer, then creating their own home brewed batches before becoming husband and wife, and now business partners.

“Our entire operation, from people to product to place, is committed to delivering the very best” said Jon Lehmann Director of Operations. The multi-faceted rich wood water wheel building, set back from Hwy. 371 and a touch south of County Road 77, is 14,600 square feet in size. The event center offers 3,500 square feet of event space on two levels; plenty of room for attendees of weddings, parties, corporate events and countless other special occasions.

Directly adjacent is the 4,800 square feet brewery and taproom. “The taproom is right next to all the brewing equipment,” Mark said, “so people can sit and enjoy a craft beer near the brewing system.”

Under the skillful, artistic direction of 26-year-old head brewer Luke Steadman (aka “Brew Man Luke”) is a state of the art brewing facility and with locally produced wheat, hops and other ingredients, Gull Dam will introduce its inaugural four flavors: honey wheat; an American amber ale; a Scotch ale with maple syrup; and an IPA with freshly harvested hops from Brainerd initially only in its taproom.

“I always use local ingredients in every batch of beer I make,“ said Steadman, who did a little bit of everything at Sprague Farm and Brew Works in Pennsylvania and studied at Chicago’s Siebel Institute, America‘s oldest brewing school. “I’m a big proponent of not only ‘buy local’ but ‘brew local.”

“Even though there are a lot of breweries starting up, I don’t think a lot of them want to expand like we do,” Barb Anderson said. “We are committed to quality — first we will be the best — then we will be first” — “Our beer is going to set us apart.” “We truly believe our beer can have national appeal”.

Helping usher Gull Dam into the world of craft beer on October 11 will be two musical acts, both with as much of a local influence as the ingredients that go into head brewer Steadman’s creations. The Jolly Zuks, a polka band whose television show straddled Minnesota and North Dakota, will perform from 1 to 5 p.m. The stage will be turned over from 7 to 10:30 p.m. to the Lamont Cranston Band, whose ‘70s-‘80s blues playlist has been a favorite of Minnesota music fans for many years.

With the Grand Opening tantalizingly near, the Andersons are anxious to hear one customer after another order a “Gull Dam” beer, a brand name they believe will denote fine taste and a dash of humor.

“It’s a whimsical name and it gets people’s attention,” Mark said. “There are so many new breweries that are starting nowadays. When people hear the name Gull Dam, they turn, look and ask, ‘What did you just say?’ ”

Gull Dam Brewing is a locally owned and operated microbrewery and taproom in Nisswa, the heart of Minnesota’s Lake Country. With the capacity to produce 2,000 barrels of beer per year, Gull Dam relies on locally sourced ingredients that allows the Gull Dam Team to deliver on its brand promise of “Great Times — Exceptional Craft Beer.” To learn more, follow us on Facebook at Gull Dam Brewing or go to our web site www.gulldambrewing.com