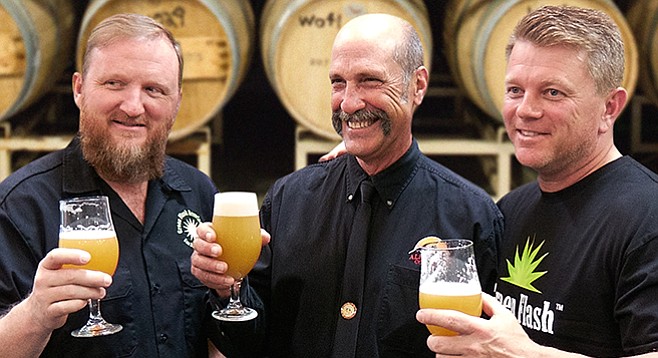 Although specific terms of the deal were not disclosed, Green Flash co-founder Mike Hinkley told Brewbound that the Alpine’s founders, Pat and Val McIlhenney, received cash and equity in Green Flash Brewing as part of the transaction. Alpine Beer will become a wholly owned subsidiary of Green Flash Brewing, however, the two companies will remain independently operated, Hinkley said.

“Alpine will still be its own distinct brand,” he told Brewbound.

On-site production of Alpine beer sold over the bar at its brewpub in Alpine, Calif. will continue, while the production of beer being sold for broader distribution will shift to Green Flash Brewing’s facility in San Diego, Hinkley said.

Last November, the two companies entered into a “handshake agreement” whereby Green Flash would produce some of Alpine’s bottled beer under contract.

“When we started making beer for Alpine about this time last year, I was amazed at the excitement from my team,” he said. “Not just the brewers, but operations and marketing people were all excited to be able to drink Alpine shift beers. Everyone was excited to be working together.”

Under that arrangement, Green Flash was able to help Alpine double its production from 1,500 barrels to 3,000 barrels. The acquisition will enable Green Flash to continue expanding both production and distribution of Alpine products, Hinkley said.

“There is no doubt that Alpine will go into broader distribution,” he said. “We will have to make decisions on where that distribution happens and which distributors will be the best fit for Alpine Beer Company.”

Hinkley said that Green Flash, which expanded into its 49 state in June, will explore wholesale synergies and aim for “overlapping footprints,” but added that there are no guarantees.

“If there is a better choice elsewhere, we will consider it,” he said. 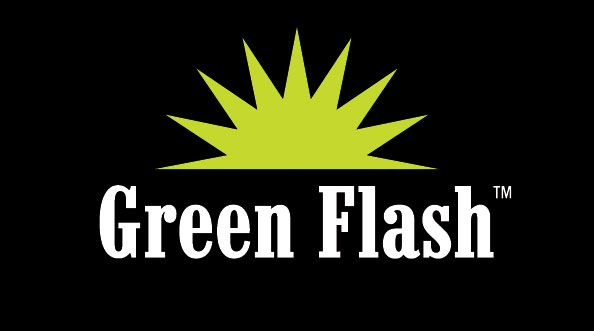 Hinkley described the acquisition as a “special circumstance,” noting that while Green Flash is not actively looking to purchase more brands, it could consider future deals.

“If it was a small brewery that had a special brand, a special circumstance, and we thought it fit well for Green Flash, we would definitely look at that,” he said.

So why did the Alpine acquisition make sense?

“Alpine had dreams of growing its brands, building its own production facility and bringing beer to its adoring fans, but they didn’t have the resources to get it done,” Hinkley said.

Expertise in different areas like human resources, sales, distribution and administration will enable Alpine, a company with just 20 employees, to expand more rapidly.

“By working together, we can, in a sense, plug Alpine into all of those resources,” Hinkley said. “The Alpine brand already has the strength to carry it and now they have the strength in the back office as well.”

In the meantime, Green Flash will continue making Alpine’s bottled offerings in San Diego and will also expand production to its new Virginia Beach facility, which scheduled to open in 2016.

Additionally, Hinkley said, Green Flash will begin producing its own barrel-aged and specialty offerings, as well as some Alpine products, at a second San Diego-area facility currently being built in Poway, Calif. The project, dubbed “Cellar 3,” is expected to be finished in March.

Once construction on Green Flash’s facilities in Virginia Beach and Poway are complete, Hinkley said, the company will look at building a larger brewery dedicated to production of Alpine beer.

“Eventually we will build a facility in Alpine where they can produce the beer and package it in their hometown, but it will be a slow process,” he said.