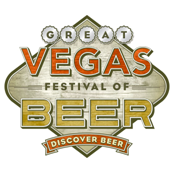 Motley Brews will once again expand the Great Vegas Festival of Beer to accommodate the growing local beer scene and attract more breweries and beer tourists than ever before. The extensive beer list will offer attendees a selection in excess of 250 brews from more than 80 breweries and the festival will feature new focus areas for beer-inspired culinary menus, mixology, educational elements, interactive exhibits, and live music entertainment.

“We are challenging perceptions of the traditional beer festival,” says Brian Chapin, founder at Motley Brews. “Being in the middle of Downtown Las Vegas sets the stage for an unparalleled experience.”

The move to Downtown Las Vegas will offer expansive festival grounds and reduce crowd density for better access to beer, food, and the music stage. The festival will also provide beer fans with a unique integration into the local community, ensuring a variety of entertainment options at Downtown Las Vegas establishments.

Sales for the Great Vegas Festival of Beer will begin this Thursday, Jan. 30 at 10 a.m. Early Bird Tickets provide the best value for festival participants and will only be available for a short time before adjusted standard pricing takes effect on Sunday, Feb. 16.

Motley Brews is once again working with the Nevada Craft Brewers Association, a nonprofit advocacy group, to support local craftsmen and prominently feature great Nevada beers at the festival. A portion of ticket sales will be donated to the Nevada Craft Brewers Association and their involvement will introduce some rare specialty beers brewed just for the Great Vegas Festival of Beer.

General Admission: $30 and up

Brewers Lounge VIP: $70 and up