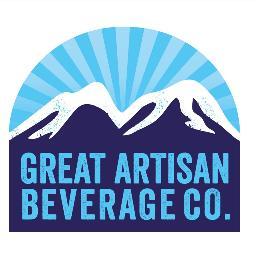 Seattle, Washington — In March of 2013, Great Artisan Beverage announced General Distributors, Oregon City, Oregon as its newest partner to the Great Artisan Beverage Company. Since that announcement, General Distributors has added and grown its Craft/Specialty portfolio 43% year to date and added the counties of Hood River, Wasco, Sherman, and Gilliam to its distribution territory east of Portland.

In an effort to continue to build and expand on their recent craft growth, General Distributors is pleased to announce that Steve “Tiny” Irwin has joined the company as the Business Development Manager effective Monday, October 20th. Tiny spent over 10 years at MillerCoors where he worked in all areas of sales from on-premise to distributor management to managing the MillerCoors business in Safeway and Walmart. Most recently Tiny was the VP of Sales for Rogue Ales and Spirits out of Newport, OR. Tiny notes, “It’s a privilege to work for a distributor that not only sells craft beer but also prides themselves on building brands with brewery partners. I’m eager to bring my years of brewery experience to General Distributors and the Great Artisan network to grow the brands we currently have in addition to adding more brands to our network.”

Nick Gagliardi, President of the Great Artisan Beverage Co., notes, “The addition of Tiny at General Distributors and to the Great Artisan team is another step in building a strong network built on the execution, deliverables to our current supplier partners as well of those added in the near future.” He continues, “We are extremely pleased with this move by General Distributors.”

Great Artisan Beverage Co also announced that they’ve added two more wholesalers in Montana to its network: Brigg’s Distributing based in Billings, Montana and Glasgow based in Glasgow, Montana.

“We are pleased to welcome Brigg’s and Glasgow, two passionate family owned wholesalers that fit in nicely with the rest of our footprint. We are proud to have both them in our network” states Nick.