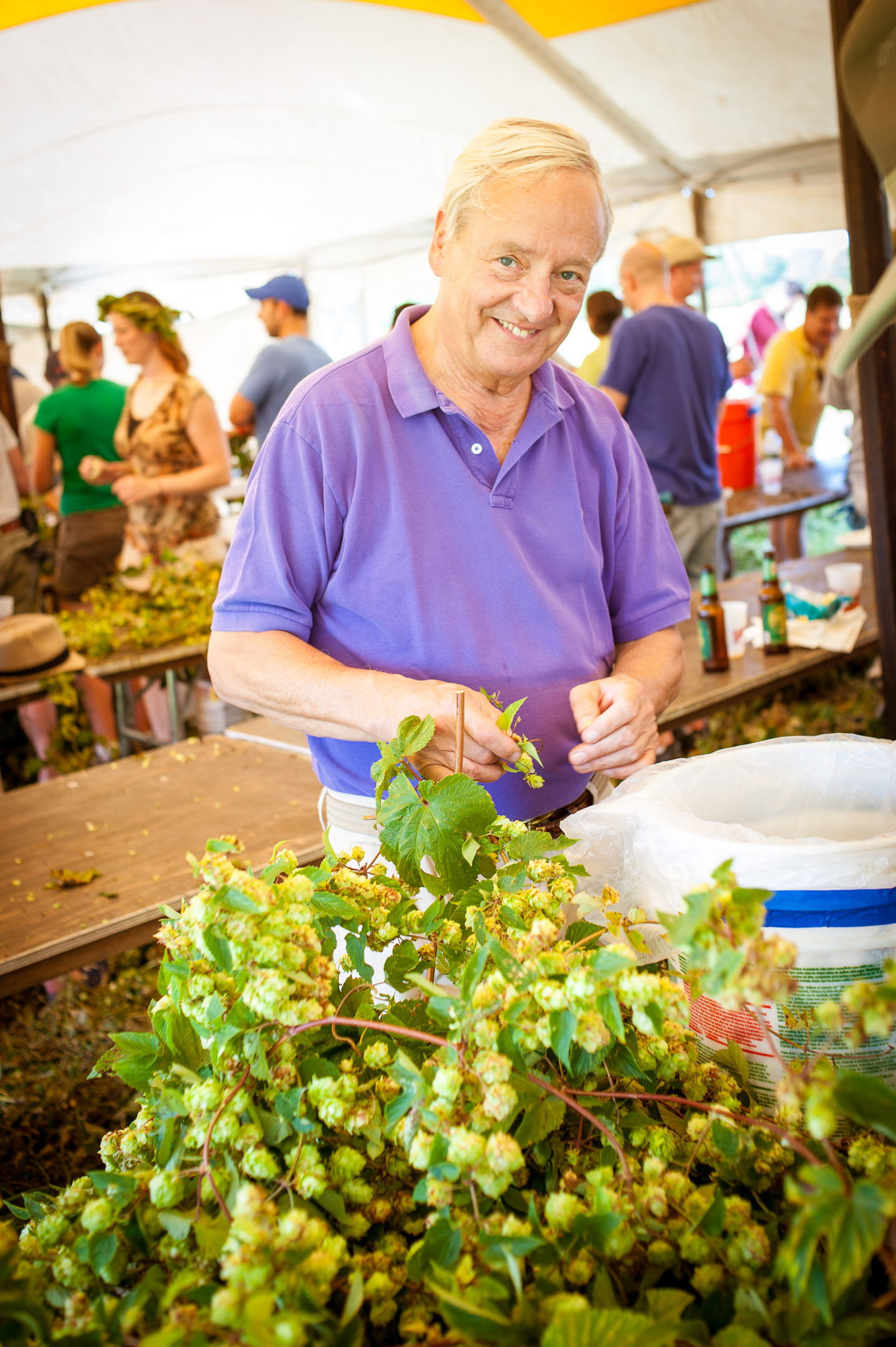 BROOKLYN, NY — Governor Andrew M. Cuomo recognized F.X. Matt Brewing Company Chairman and CEO Nick Matt for his leadership in growing the craft beer industry at a special Oktoberfest Celebration, Thursday, Oct. 3 at Brooklyn Brewery. Nick was awarded the “Pioneer in Industry Award.” This is the first award of its kind given by the Governor.

The F.X. Matt Brewing Co., brewers of Saranac beer, was founded in 1888 in Utica, N.Y. Today, under the leadership of Nick and Fred Matt — the third and fourth generations of the Matt family — the brewery is celebrating 125 years of brewing.

“We appreciate that our role, not only as a craft brewer but also as a brewer helping others, has been recognized by the Governor,” said Nick Matt. “We’re gratified to have received an award honoring our historical importance to growing craft beer in New York State.”

The Governor’s office invited more than 20 craft breweries from across the state to showcase their Autumnal offerings at this private event. The goal of Thursday’s celebration was to educate and engage buyers from the hospitality and tourism industries on the quality, diversity and accessibility of New York State craft beer.

The F.X. Matt Brewery has long worked to support the New York State economy by partnering with other State-based companies, supporting local agriculture, giving back to local charities, and sourcing local ingredients whenever possible. The company is pleased that Governor Cuomo is taking an active role in trying to develop the craft beer business in the State. At the Governor’s Wine, Beer & Spirits Summit last October, Nick was very vocal about the lack of support for NYS Beers at the State Fair. At this year’s fair, as a result of Nick calling attention to this issue, several venues were created to highlight New York State products and several incentives were put into place. This helped increased F.X. Matt sales at the fair by 50 percent.

“New York State has so many wonderful, home-grown products,” Nick said. “We were very pleased to see the Governor’s office strongly advocate for the enhanced promotion of New York State products at the fair.”

Farm to Tap — Fresh Hop IPA is a true testament to supporting local. This beer uses fresh heirloom hops picked by Saranac fans at local Wrobel Farms to boast an excellent aroma with a dry, citrusy taste and fresh leafy greenness brought on by the unique fresh-hop brewing process.