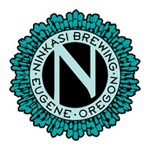 This week, Golden Eagle along with brewery reps, will introduce Ninkasi to Arizona beer consumers at numerous events throughout the state. Several signature events are planned including a Meet the Brewer Breakfast for members of the Arizona Craft Brewers Guild featuring Ninkasi co-founder, Jamie Floyd. On Thursday October 23rd, Ninkasi will be featured at an exclusive acoustic performance by national recording artist, Colbie Caillat.

These signature events as well as many others throughout the state will introduce Ninkasi brews to Arizonans. The Arizona launch will feature Total Domination IPA, Tricerahops Double IPA, Oatis Oatmeal Stout, and Vanilla Oatis Oatmeal Stout from the Flagship series, Oktoberfest and Sleigh’r from the Seasonal Release series, Venn Lager from the Prismatic Lager series, and Imperiale from the Special Release series.

Golden Eagle Distributors, Inc. is a premier distributor of alcohol and non-alcohol beverages throughout Arizona. Celebrating its 40th anniversary in 2014, Golden Eagle has been known for providing quality beverages, excellent customer service and community service throughout the state of Arizona since 1974. The third-generation company is owned by the Clements family and is headquartered in Tucson with offices in Buckeye, Casa Grande, Flagstaff, Globe, Show Low and Tempe, Arizona.