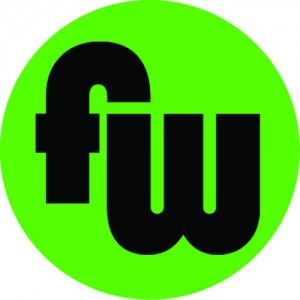 Additionally this week, Funkwerks will be co-hosting several Arizona Distribution Launch events at the following locations:

“We are excited to expand distribution beyond Colorado and Nebraska and into the Arizona market,” said Brad Lincoln Funkwerks Co-Founder and Owner, Arizona State University Alumni, and former Arizona resident. “The Hensley Beverage Company is a great partner and we look forward to a long-lasting successful relationship.”

The Hensley Beverage Company is Arizona’s leading distributor of beer, fine wine, and non-alcoholic beverages and snacks. They are also one of the largest family owned and operated beverage distributors in the nation.

Gordon Schuck, Funkwerks Co-Founder, Owner and Head Brewer added, “As a neighboring state Arizona was a natural progression for us. Come to find out, Arizona craft beer fans are an eclectic group and that really resonated with us.”

In 2007 Gordon Schuck’s recipe design and brewing skills resulted in a gold medal-winning Saison at the National Homebrew Competition. Brad Lincoln first experienced craft beer while working as an accountant in Portland, OR. The two met during the winter of 2009 while attending the Siebel Institute and studying brewing science. After being immersed in beer for the better part of five months, the two graduated and shared a desire to open a brewery. This resulted in the Saison-focused brewery that is now Funkwerks, opening December 9, 2010.

Funkwerks’ two flagship beers, Saison and Tropic King, are produced year round. Also brewed annually are four seasonals, a number of small experimental batches, and select barrel-aged releases. Funkwerks flagship Saison was awarded a gold medal at the 2012 Great American Beer Festival (GABF) and a silver medal in 2011. Deceit, a Belgian-Style golden strong ale, was also awarded a gold medal at the GABF in 2012. In addition to receiving two gold medals in 2012, the GABF named Funkwerks the 2012 Small Brewing Company of the Year.

Funkwerks is located at 1900 East Lincoln Avenue in Fort Collins, Colorado. The tasting room- complete with an indoor bar, retail area and spacious outdoor, dog-friendly patio- is open 7 days a week: Sunday through Thursday from 12pm-8pm; Friday and Saturday from 12pm-9pm. Brewery tours are given Saturdays at 2pm. Funkwerks is currently distributed in Colorado by American Eagle Distributing and C.R. Goodman, in Nebraska by Quality Brands of Omaha and Double Eagle Beverage, and in Arizona by the Hensley Beverage Company.