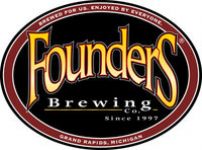 The beer chosen by fans will be featured in the Founders tap room in downtown Grand Rapids throughout July as part of Michigan Craft Beer Month.

Starting today and running through Friday, May 3, fans can vote between the following three beer styles — Vanilla Stout, Apple Ale and Wheat IPA — to choose the one they want to try in the Founders taproom. Individuals can vote once a day for the duration of the contest and the winning beer will be announced in May. Participants must be 21 years of age to vote.

“Michigan has a thriving craft beer industry that is building on our tourism efforts by offering visitors unique flavors and memorable experiences,” said George Zimmermann, Vice President of Travel Michigan, part of the Michigan Economic Development Corporation. “Founders is a vibrant and growing company here in Michigan and we are excited to work with them on this fun, beer-inspired contest. And we encourage fans to stop in at the Founders taproom this summer for a taste of Pure Michigan craft beer.”

Home to more than 100 breweries, Michigan is fifth in the nation for the number of breweries, microbreweries and brewpubs. Grand Rapids, home of Founders, shared the designation of Beer City USA with four-time winner Asheville, North Carolina in 2012. Michigan’s craft beer industry grew by 20 percent in 2012, outpacing the national industry growth rate by 12 percent, and has a total economic impact of more than $133 million in the state.

Michigan’s craft brewers are also part of a close knit community, promoting all that the Great Beer State has to offer.

“On a given weekend in our taproom, our staff will check the IDs of people from Grand Rapids to Detroit to Chicago to Louisville and beyond,” said Dave Engbers, Co-Founder and Vice President of Brand & Education at Founders Brewing Co. “Having so many great beer destinations in Grand Rapids and across the Great Beer State brings new people into town and keeps others coming back.”

Pure Michigan and Founders Brewing Co. remind everyone to drink responsibly. When enjoying a brewery tour or visiting a taproom, please use a designated driver, call a cab or use public transportation. Founders is conveniently located across the street from the Rapid bus station.

The Michigan Economic Development Corporation (MEDC) serves as the state’s marketing arm and lead agency for business, talent and jobs, with a focus on helping grow Michigan’s economy.

Established in 1997 by two craft beer enthusiasts with day jobs and a dream, Founders Brewing Co. has made a distinctive mark on the craft beer community by brewing complex, in-your-face ales, with huge aromatics and tons of flavour. Founders is one of the fastest-growing craft breweries in the United States, currently ranking among the top 30 largest craft breweries in the nation.

Founders Brewing Co. has received numerous awards from the World Beer Cup and the Great American Beer Festival, and its beers are often rated among the best in the world by RateBeer and BeerAdvocate users. Located in downtown Grand Rapids, Michigan, Founders is a proud member of the Michigan Brewers Guild and the Brewers Association.