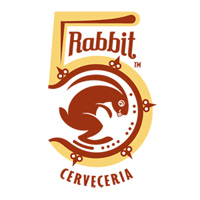 CHICAGO, IL – The first Latin craft brewery in the US, 5 Rabbit Cervecer├¡a is pleased to announce that John J. Hall has been added to its growing team as Brewmaster/Production Deity. Hall will be in charge of all brewhouse, cellar, packaging and quality control operations for the brewery. 5 Rabbit’s brewery is currently under construction at their 25,000 sq. ft. building in Bedford Park, the southwest suburb of Chicago located a short distance from Midway Airport.

“We are thrilled John is joining the 5 Rabbit team. The coming months are going to be very exciting for us as we bring all production to our new brewery. We can’t wait to see our beers reach their full potential now that John is in charge of production,” says 5 Rabbit partner Andrés Araya. “Making the best beer is the most important thing for us. We were looking for an extraordinary brewer, a highly creative person and passionate beer enthusiast.

From the moment we first met John, we knew he was the perfect person for the job. With John’s addition to the team, we can confidently say that we have one of the strongest brewing teams in the Midwest,” says 5 Rabbit partner Isaac Showaki.

“We’re excited to bring John’s expertise and experience to our collaborative beer development process. The beers have been very good so far, but we expect a real jump in beer quality once we get them optimized for our new brewery with John’s help,” says partner and creative director Randy Mosher. “It’s going to be a real fun fall.”

Hall is a Siebel Institute graduate and has spent much of his career at Chicago’s Goose Island Beer Company, which was sold in 2010 to the global beer giant, AB-Inbev. Starting at Goose in 1997, Hall worked his way up from cellarman to the position of Head Brewer by 2002. Over his 15 years his recipe formulations helped the brewery win numerous medals in prestigious competitions, such as the Great American Beer Festival (GABF), World Beer Cup and the Stockholm Beer and Whiskey Festival. He is active in many organizations, including the Brewers Association, the Master Brewers Association of the Americas, and as a Board Member of the Illinois Craft Brewers Guild. Hall has also been a Judge at GABF, World Beer Cup, and Festival of Wood and Barrel Aged Beers.

John Hall states, “I am so excited to join the 5 Rabbit team. Since meeting Andres and Isaac, I have been impressed by their vision and drive to start a whole new concept in craft brewing. Randy Mosher’s involvement really just confirmed for me this was an adventure the likes of which I want to be a part of.

He was one of the instructors at Siebel who not only taught me to open my mind to new flavors and ideas, but to always challenge myself. I look forward to a long future with this unique team, creating new beers that expand the notion of what craft beer can be.”

5 Rabbit was launched in May 2011 with the idea of creating exciting, Latin-inspired beers. Their products have found a following both among mainstream craft beer enthusiasts and Latino drinkers looking for something new and exciting. Sales have been increasing ahead of schedule, and the beers are now available in Northern Illinois, Ohio and the Philadelphia area. 5 Rabbit now offers four year-round beers (5 Rabbit, 5 Lizard, 5 Vulture, and the newly released 5
Grass) as well as three seasonal specialties, and will be adding some limitededition brews and additional seasonals in the near future.