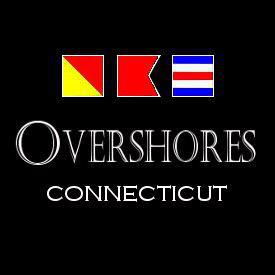 Dr. Robert “Bob” Elliott is a 34-year veteran of Exxon Chemical Company, during which time he worked in Linden, NJ; Oxford, England; Baton Rouge, LA and Darien, CT. While based in Darien, Dr. Elliott was part of the Ventures organization where he did strategic planning and was involved in corporate mergers and acquisitions. Based on success in this area, he next served as the Venture Manager for the Separations Venture—a new business for Exxon. The objective of the Separations Venture was to grow a nascent business idea to a >$500M innovative new business based on proprietary technology. In this role, Dr. Elliott acquired five start-up technology companies and sat on their boards where he provided financial, marketing and business guidance to the management of these companies.

A native of Long Island, NY, Dr. Elliott graduated with a Bachelor of Science from Columbia University in Chemical Engineering and holds a PhD from Syracuse University in Organic Chemistry. He currently lives in Keswick, VA and operates a technology consulting company, RLE and Associates.

Robert Tibbals III is currently a Vice President—Operations Manager for JP Morgan in New York City, NY. In this role he focuses on petroleum logistics, primarily for residual fuel oil, whereby he manages a team of five people to coordinate the storage, blending, and transportation of fuels for the residual oil trading desk. Prior to assuming his current position in 2009, Mr. Tibbals served as a Commodities Scheduler for Goldman, Sachs & Co. in New York City. From 2003-2006, Mr. Tibbals worked as an Oil Scheduler for Morgan Stanley Capital Group in New York City and Purchase, NY. Mr. Tibbals graduated Cum Laude from the United States Merchant Marine Academy with a Bachelor of Science in Logistics and Intermodal Transportation. He served in the Naval Reserve from 2003-2013, achieving the rank of Lieutenant, and lives in Darien, CT with his wife and two greyhounds.

Overshores Brewing Co. recently announced its plans to begin commercial production of its award-winning beer this summer. Overshores recently moved its operations to East Haven and is currently in the process of building out its production facilities. Overshores Brewing Co. will be producing its three signature beers—the Simpel, the Tripel Brun, and the Belgique du Noire—for shipment beginning in the second half of this year.

“We are fortunate to have such a wealth of start-up, logistics and transportation experience represented on our Board of Directors,” said Christian Amport, Founder and President of Overshores Brewing Co. “As Overshores begins production this summer and moves towards full capacity, Bob and Rob’s vast expertise will be invaluable.”