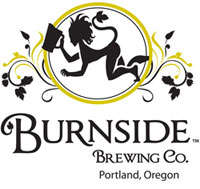 Portland, OR – A new kind of beer festival kicks off this June outside of one of Portland’s newest breweries, Burnside Brewing. Fruit beers are the red-headed stepchild of craft beer, often overlooked by beer lovers because of preconceptions that they are sweet, boring, or artificially flavored. The first annual Portland Fruit Beer Festival aims to change all that and open minds to the strange and exotic possibilities that fruit beers can offer.

Featuring more than 20 different beers from over 15 breweries from the Northwest and beyond, the Portland Fruit Beer Festival is a celebration of the wonderful variety that fruits offer and the incredible and unique beers brewers can make with them. The PFBF will take place June 11th and 12th (Friday and Saturday) in the parking lot of Burnside Brewing, located at 7th and E. Burnside in Portland, OR.

The festival welcomes all ages with free entry, and the Burnside Brewing pub will also be open for regular business, offering dinner and overflow seating from the fest. 15 beers will pour outdoors in the partially covered parking lot. A special few taps will be offered next door in the brewery’s production space, featuring extremely rare rotating beers that have very limited availability.

Tasting glasses are available for $6 and are required to sample beers at the festival. Tickets are $1 each. A 4oz pour requires 1 ticket, with pints available for 4 tickets on the primary 14-15 beers. The rare rotating taps will range from 1-3 tickets a 4 oz pour. Food options include Tastebud’s mobile wood-fired oven and Burnside’s own outdoor BBQ, and there will be juice and soda for those not partaking in beer and live entertainment.

Festival organizers approached brewers with the challenge of making original beers using real whole, pureed, or juiced fruits without using any of the extracts or flavorings that have contributed to giving fruit beers a bad name. Brewers stepped up to the plate with beers ranging from Hopworks Belgian Red Delicious Apple Biere to Laurelwood’s Asian fruit and Spice beer.

Of course Oregon beer drinkers love the hops and fruit beers are notoriously absent of them, but not this time. Hopheads will likely enjoy Breakside Brewery’s Mango IPA and Alameda’s Yellow Wolf Imperial IPA infused with huckleberries, among others.

Adding to the fun will also be a Homebrewers Competition organzied by the Oregon Brew Crew. Homebrewers will be given the same challenge as the pro brewers – to brew the freshest and most original fruit beers they can. Judging will take place in 3 different categories: light, dark, and sour fruit beers. Prizes will be offered to the victors in each category, as well as a grand prize for Best in Show. All profits from the $6 entry fee will be donated back to the OBC, a non-profit organization devoted to promoting the art of homebrewing. More info can be found here.

In addition to the main attraction of beer, there will also be food vendors like Tastebud, which will be making delicious wood-fired pizzas and bagel sandwiches with fresh ingredients, and Burnside Brewing with their own outdoor BBQ and grill catering. For those not drinking alcohol, sodas and juice refreshments will be available, and you can expect Live Music/DJ’s TBA.

The Portland Fruit Beer Festival is lucky to have some amazing partners in this year’s festival:

Yelp has a networking community that helps people find, rate, and review local businesses since 2004 and brings in over 39 million monthly unique visitors.