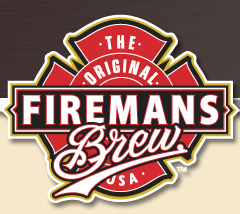 LOS ANGELES — Fireman’s Brew, a Los Angeles-based craft beer company founded by two firefighters, announced a partnership with Johnson Brothers of Rhode Island, to distribute its award-winning beers throughout the state. Through the agreement, craft beer lovers across the “OceanState” will soon be able to enjoy Fireman’s Brew handcrafted beers at their favorite on-premise or offpremise locations.

“Johnson Brothers has been a tremendous partner to work with in Nevada and Nebraska, and we’re excited for the opportunity to team up with them again for our expansion into Rhode Island,” said Rob Nowaczyk, founder of Fireman’s Brew. “With the addition of Rhode Island, we’re continuing towards our goal of developing Fireman’s Brew into a national brand. We’re thrilled that very soon, Rhode Islanders will be able to enjoy a Fireman’s Brew.”

Already one of the fastest growing craft beer brands in its home state of California, Fireman’s Brew newly expanded distribution network provides an opportunity for the company to reach hundreds of onpremise and retail outlets throughout Rhode Island. Through the agreement, Johnson Brothers of Rhode Island will distribute Fireman’s Brew signature beers in 12-ounce bottle six-packs, twelve-pack samplers
and kegs including:

“We’re thrilled to be able to expand our relationship with Fireman’s Brew and lead the launch of their brand in Rhode Island,” said Keith Miranda, president of Johnson Brothers of Rhode Island. “With three great tasting, award-winning beers, a compelling brand story and firefighter community tie-in, Fireman’s Brew is a perfect addition to our growing craft beer portfolio. I can’t wait for our beer consumers to get their first taste of Fireman’s Brew signature beers.”

Conceived by two Los Angeles-based firefighters after extinguishing a brushfire in the local mountains, Fireman’s Brew grew out of their vision to create a premium line of handcrafted ales and lagers that would quench their thirsts after an exhausting day on the firelines. Fireman’s Brew collection of microbrewed beers are created using only the finest of all-natural ingredients to deliver bold, full-flavored, traditional tastes and easy drinking refreshment. In addition, the company is committed to giving back to the firefighter community upon which it was founded by donating a portion of company proceeds to the National Fallen Firefighters Foundation — the nation’s leading non-profit organization dedicated to honoring fallen firefighters and providing assistance to their surviving families.

About Johnson Brothers of Rhode Island