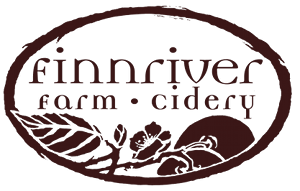 Chimacum, Washington — Today, Finnriver Cidery announced a multi-state partnership with Wirtz Beverage to distribute its hard ciders. Wirtz Beverage will market and sell the premium ciders in the Chicago Metro market and also statewide in Nevada beginning in June. Both are new markets for the company that has experienced growth due to the reemerging popularity of quality artisan ciders.

“When we started making cider, the market was small yet promising,” said Crystie Kisler, co-founder of Finnriver Cidery. “Right now, cider is flourishing and it’s really exciting to see the growing interest and demand for great cider. A well-made cider stands apart and with our farm-crafted process and use of organic fruits you can taste the difference. We offer an authentic taste of life on the land.”

Owned and operated by Crystie and Keith Kisler and Eric Jorgensen, Finnriver began as a farm in 2004. In 2008, the company branched out into alcoholic cider production. To produce its hand-crafted offerings, Finnriver uses whole organic apples grown in Washington state. The company’s Traditional cider line also incorporates cider apples from its Certified Organic farm located on the Olympic Peninsula. Carefully sourced organic apples provide a bright, crisp foundation to the herbal and botanical flavors in all of Finnriver’s Contemporary, Traditional and Seasonal ciders. These ciders are fermented on the farm and carefully crafted with attention to quality. Finnriver also specializes in producing a variety of fruit wine.

“Our ciders are considered premium products. So it makes sense to expand into markets that have a strong culinary culture and consumer base with an appreciation for food and drink crafted with highest standards of excellence,” continued Kisler. “Chicago and Nevada will be great places to grow our brand.”

Considered to be one of the fastest-growing alcoholic beverage categories, cider continues to gain market share growing at over 100 percent a year. From 2011 to 2013, American hard cider production more than tripled. By 2016, it’s estimated to become a nearly one billion dollar industry. By and large, cider is popular amongst young women as well as discerning and adventurous beer consumers.

Finnriver is an organic family farm and an artisan cidery producing handcrafted hard ciders and fruit wines. We farm and ferment on 80 acres along a restored salmon stream in the Chimacum Valley, south of Port Townsend on the north Olympic Peninsula of Washington. While our farm is remote, we are honored to be on the forefront of the Pacific Northwest craft hard cider revival and we are committed to handcrafting both traditional and innovative hard ciders with a base of 100% apple juice, primarily Washington organic and Olympic Peninsula homestead apples. Our ciders are a tribute to the old hard cider traditions while offering an approachable, fresh perspective on the possibilities of the fermented apple. Finnriver Farm is certified salmon safe and we are committed to wise land stewardship through organic agriculture, conservation easements, habitat restoration and community outreach.

Finnriver is committed to the earnest pursuit of wise land stewardship through sustainable agriculture, conservation easements, habitat restoration, artisan tradition, community education and celebration of life on the land.

Wirtz Beverage Group is one of the nation’s leading alcohol beverage distributors with interests in Illinois, Iowa, Minnesota, Missouri, Nevada, Wisconsin and Canada. With nearly $2 billion in annual sales and more than 2,500 employees, the company calls the industry’s elite beer, wine and spirit suppliers its partners. To learn more about Wirtz Beverage and its partners, visit www.wirtzbev.com and connect with the company on Facebook and Twitter.