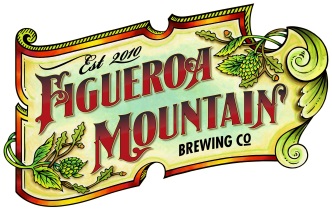 The two beers have been top sellers for the brewery and due to customer demand will now be part of their core lineup of beers. Big Cone Black Ale is an American-Style Black Ale brewed chock-full of piney, earthy kettle hops and then dryhopped with floral, tropical varieties. The brew was named in honor of the Bigcone Douglas-firs, resinous natives of the San Rafael mountain range and will be on sale starting April 24, 2014. Lizard’s Mouth Imperial India Pale Ale is an IPA for IPA lovers. Not shy with hops, Brewmaster AJ Stoll uses a proprietary blend of tropical fruit-like hops. This new release is bursting to the gills with fruity goodness: powerful aromas of guava, passionfruit, orange zest and pine cascade into tropical hop flavors with a smooth, ultra-clean finish.

The beer is named after the local landmark of the same name located in Santa Barbara off of West Camino Cielo Road. Local hikers know it well and will recognize the rock in a whimsical form on the bottle label. Represented as a rock-turned-lizard, the label shows off a beautiful sunset background as often seen during evening hikes. Lizard’s Mouth IIPA 22-ounce bottles will be on sale on May 15, 2014.

Figueroa Mountain Brewing Co. will be celebrating the release of Big Cone Black Ale during a special release party on Thursday, April 24 in their Santa Barbara (137 Anacapa St., Suite F) and Buellton (45 Industrial Way) Taprooms from 5pm to close. Lizard’s Mouth IIPA release party will be held on Thursday, May 15th in the Santa Barbara Taproom and Friday, May 16 in the Buellton Taproom on the same days as their Whole Foods Market collaboration release, Bieré de Ménage, a beer-wine blend.

The new releases will be sold on tap and in the bottle. A limited number of shirts will be sold at the events for Lizard’s Mouth and Big Cone Black fans. For more information please visit www.FigMtnBrew.com.