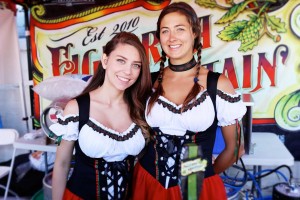 Buellton, Calif. — Figueroa Mountain Brewing Company will host the second annual FigtoberFest this year in both their Buellton and Santa Barbara Taprooms with free admission.

FigtoberFest is an Oktoberfest-inspired event celebrating the arrival of fall with live music, contests, games and special new beer releases such as OktoberFest lager and more. The first FigtoberFest of the season will be held on Saturday, September 20, 2014 from 12:00 PM to 6:00 PM in the Santa Barbara Taproom located at 137 Anacapa St., Suite F, in Santa Barbara, California. Entertainment includes the Paul Chesne Band, King Zero and more. Traditional German bratwurst will be sold by Lucky Penny.

The Buellton Taproom’s FigtoberFest will be held on Saturday, September 27, 2014 from Noon to 6:00 PM located at 45 Industrial Way, Buellton, California. Enjoy live music with Matt Armor and more. German wursts will be sold by Beto’s Place in the beer garden.

“FigtoberFest is our favorite time of year in the taprooms. Our regular customers and Fig fans come together to have a great time,” says Buellton Assistant Taproom Manager Casey Birthsel. “It’s one big happy family.”

In addition to the traditional activities, Figueroa Mountain Brewing Company will be celebrating a new beer release in the upstairs mezzanine at the Buellton Taproom on the same day as FigtoberFest Buellton, Saturday, September 27, 2014 from 4:00 PM to 6:00 PM. A limited number of tickets will be sold for our exclusive Liquamentum Pre-Release Party featuring Double Down Davy Brown Ale and Hell’s Half Acre Barleywine. Tickets to this special pre-release party in our upstairs mezzanine will cost $20 and include a bottle of your choice, tasters of the two new releases and small bites. Brewmaster AJ Stoll will walk guests through the brewing process for each beer along with how to pair the beers with food. 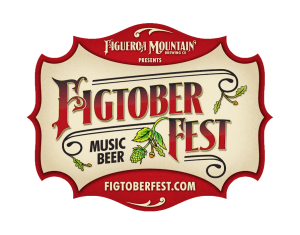 A multi-day FigtoberFest is currently being planned for 2015 at Live Oak Campground featuring a beer garden with over 2 dozen breweries, a main stage for top-notch music acts, activities and games, camping and more. Details will be announced via social media, newsletters and on www.FigMtnBrew.com/FigtoberFest where you can find more information on this year’s FigtoberFest including a link for tickets to the Liquamentum Pre-Release Party on sale September 8, 2014.

Figueroa Mountain Brewing Co. was founded by father and son team, Jim and Jaime Dietenhofer, in 2010. With a passion for craft beer, they set out to pay homage to the beautiful Santa Ynez Valley with handcrafted beer and hand-drawn artwork depicting the local landscape on their labels. They brought on Brewmaster AJ Stoll who now oversees a team of brewers in their Buellton, California brewery. With three locations in Santa Barbara County, Figueroa Mountain Brewing Co. beer can be found in their taprooms or at select retailers and restaurants throughout California. Learn more about #FigMtnBrew or where to find their beer at www.figmtnbrew.com.

Liquamentum is a second label from Figueroa Mountain Brewing Company that aims to explore the possibilities that come from mixing the finest local ingredients with quality craft beer. Literally meaning “concoction,” Liquamentum will take craft beer to the next level with hybrids such as beer and wine blends, barrel-aged ales and more. The possibilities are endless.