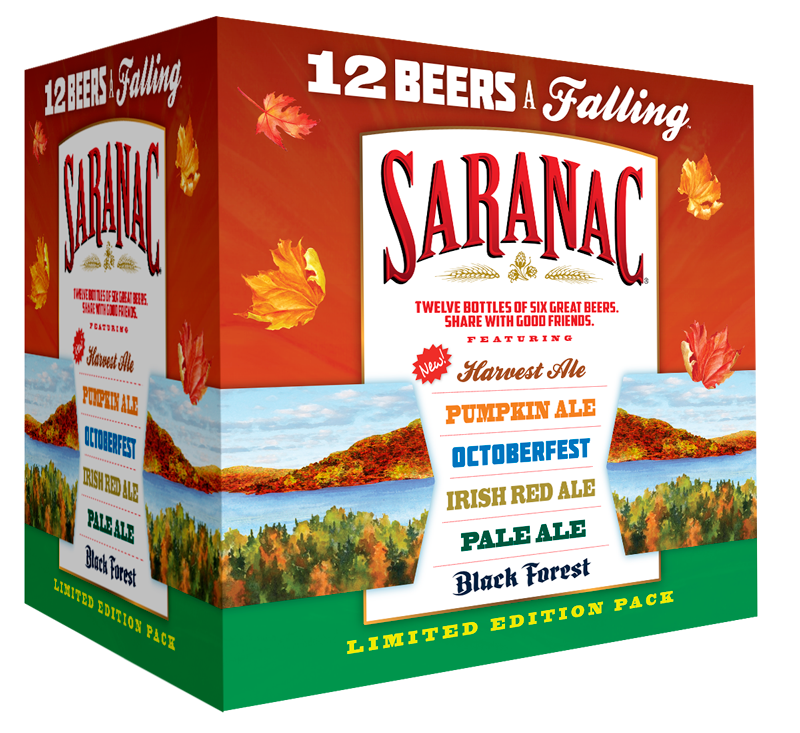 UTICA, N.Y. — The F.X. Matt Brewing Company has announced its lineup for this year’s Saranac 12 Beers A Falling.
This seasonal mix has been crafted with 125 years of brewing experience and is available for a limited time from the F.X. Matt Brewing Company, which is actively run by the third and fourth generations of the Matt family.
The pack includes core Saranac beers, annual favorites, and new innovative beers. Each beer has been carefully selected to complement the flavors of fall and ensure a refreshing and round experience in every pack.
“With 125 years of brewing knowledge, our beers — new, annual and core — consistently offer a distinctive taste that can be enjoyed all evening,” said President Fred Matt. “And every season brings a new opportunity to give our customers a unique twist on the quality beer that Saranac is known for.”
This year’s 12 Beers A Falling includes:
About F.X. Matt Brewing Company
F.X. Matt Brewing Company in Utica, N.Y., was founded in 1888. Today, under the leadership of the third and fourth generations of the Matt family, the brewery is celebrating 125 years of brewing. Through a commitment to innovation and brewing excellence, the company has earned a reputation as one of the country’s most respected brewers of craft beers, including the Saranac line. In each bottle of Saranac, you’ll find exceptional quality, distinctive ingredients and a refreshing twist on tradition — the signature of the F.X. Matt Brewing Company.