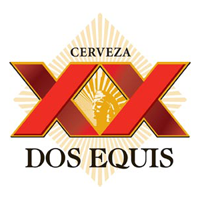 WHITE PLAINS, N.Y. — This year, Cinco de Mayo falls on a Sunday, and Dos Equis recognizes that particular day of the week doesn’t bode well for a celebration of this magnitude. Dos Equis is kicking things off on Thursday, May 2nd, or what the Most Interesting Man in the World has dubbed “Dos de Mayo,” giving fans everywhere an interesting twist for their Cinco celebrations.

The movement for Dos de Mayo kicked off today with an exclusive online video missive from the Most Interesting Man, who issued a call to arms to “mobilize your friends, your co-workers, your neighborsÔÇªeveryone,” in an effort to spread the word.

Additionally, Dos Equis is partnering with Maxim to host the official Dos de Mayo bash in Los Angeles. Fans twenty-one and older can visit Maxim.com/DosdeMayo to enter for a chance to win an all-expense paid trip for two to the party, where they’ll rub elbows with a slew of interesting guests, compliments of Dos Equis and Maxim.

“With ‘Dos de Mayo,’ we’re looking forward to putting a unique and ownable twist on the Cinco de Mayo holiday,” said Gwendolyn Boyce, Brand Director for Dos Equis. “Interesting is in our brand DNA, and we’re eager to give fans an opportunity to come together and celebrate with us at bars all over the country, and at a Dos de Mayo party with Maxim in Los Angeles.”

Fans 21 and over looking to celebrate Dos de Mayo can check out DosdeMayo.com for the Dos Equis Bar Locator tool, which will help connect like-minded party-seekers with local bars and restaurants that serve Dos Equis. DosdeMayo.com will also house a variety of content, including the Most Interesting Man video dispatch, details on the Dos de Mayo Maxim kickoff contest, plus a link to the official Dos de Mayo Facebook invite, so fans everywhere can plan and share their party details online.

Dos de Mayo, and the extended Cinco de Mayo celebration kickoff, is part of an ongoing effort from Dos Equis to help fans “Stay Thirsty” by facilitating interesting and unexpected experiences. To connect people celebrating nationwide, fans are encouraged to post photos and updates using hashtag #DosdeMayo on Facebook, Twitter and Instagram. For the most up to date information on Dos de Mayo or Dos Equis overall, visit DosdeMayo.com or Facebook.com/DosEquis.