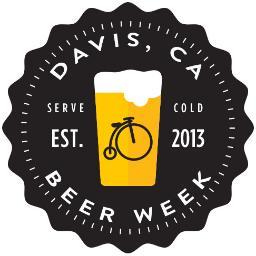 DAVIS, Calif. — In its debut year, the Davis Bike and Brew Fest raised more money than any other single fundraiser for the U.S. Bicycling Hall of Fame, organizers report.

The event, coordinated by the owners of de Vere’s Irish Pub and Sudwerk Brewing Co., was Aug. 24 at Central Park in Davis, Calif., next to the bike museum. It featured 57 breweries and 11 wineries, several food trucks and vendors, and live music. More than 1,500 people attended, raising more than $18,500 for the U.S. Bicycling Hall of Fame — the largest single donation ever to the hall, board member Brodie Hamilton said.

The Bike and Brew Fest was the grand finale of the first Davis Beer Week, in which local bars and restaurants offered special deals, tastings of hard-to-find brews — and gave locals the chance to meet craft brewery representatives from all over California. The goal of the week, to promote craft beer and generate local business, was surpassed, with more than 70 events hosted throughout Davis.

“My family and I are so proud of this event and our partnership with Sudwerk Brewery,” said Henry de Vere White, owner of de Vere’s Irish Pub. “The city of Davis embraced us and helped raise considerable money. We look forward to the years ahead celebrating the world of beer, and raising awareness and funds for a great cause.”

Dates and details for next year’s Davis Bike and Brew Fest will be posted on http://davisbeerweek.com as they develop. Craft beer fans can also follow Davis Beer Week on Facebook and Twitter for updates.