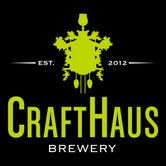 “This is the first brewery of its kind that will call the Vegas Valley home as it will not offer gaming or a restaurant,” said Wyndee Forrest, owner. “We want to focus on the beer, not offer distractions from it.”

Using Kickstarter.com, an online funding platform for creative projects, CraftHaus will aim to garner the support of beer aficionados and community-minded patrons to raise $20,000 for a pilot brewing system and licensing.

The CraftHaus Brewery Kickstarter campaign will launch at The Great Vegas Festival of Beer on April 27th in Henderson, Nev. and run online for 35 days. Brian Chapin, Founder, Motley Brews, Las Vegas’ largest craft beer festival had this to say “Wyndee and Dave have done their homework and certainly know what it takes to build a great brewery. When people speak about craft beer in Las Vegas, CraftHaus will most certainly be a hot topic.”

Donation levels start as low as $5.00 and go up to $5,000. Rewards will be offered in gratitude, such as merchandise, loyalty program membership, and the opportunity to design and name a beer. The stakes are high since Kickstarter is an all or nothing funding platform, so if the goal is not met there will be nothing earned.

Their Kickstarter campaign will also donate 5 percent of proceeds to the newly formed Nevada Craft Brewers Association. Once opened, CraftHaus will be honoring its supporters by giving back a portion of proceeds from a designated tap handle to local non-profit organizations.

Since its launch in 2009, kickstarter.com has had over $500 million pledged by more than 3 million people, funding over 35,000 creative projects.

CraftHaus Brewery will be an artisanal, craft brewery that creates quality ales and offers a taproom where guests can see where their beer is coming from. They can sit down with the brewers to hear the back-story of what is inside their glass. With the help of talented brewing artists, CraftHaus Brewery beers push boundaries. Owners Wyndee and Dave Forrest are passionate about producing excellent craft beer for their community and offering a gathering place to build relationships within their community. Their beers are traditional, but tweaked, which means the beer has a traditional backbone, but creativity is expressed by subtle and substantial tweaking. The brewery plans to open in the fall of 2013 in Henderson, NV.