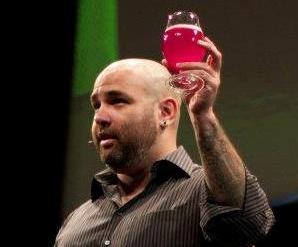 Craft brewers are incredibility inefficient when it comes to producing beer. And that’s what makes them terrific job creators for cities and towns.

At least that’s what Scott Metzger thinks. Metzger, the founder of Freetail Brewing and an adjunct professor of economics at the University of Texas at San Antonio was speaking during a recent webinar aimed at educating city planners on the benefits a microbrewery can bring to local economy. The International Economic Development Council (IEDC) — a non-profit membership organization that serves economic development professionals – hosted the webinar.

Metzger led off the two-hour conversation by providing a snapshot of the economic climate in Texas, and across the country, as it relates to craft breweries. Citing a 2010 Beer Institute study, Metzger pointed out that beer industry provided 1,043,985 jobs and over $32 billion in wages, compared to U.S. craft breweries, which provide over 103,000 jobs. In making the comparison, he called out the “labor inefficiencies” of small brewers — basically, their need to have more people involved in lower production levels — as having the potential to help the growth of local economies by creating pools of jobs.

Metzger believes that these labor inefficiencies are driving economic growth, especially in Texas, where the employee-to-barrel ratio drops to 107.

“As the activity shifts away from large multinational producers, by default, more jobs will be created,” he said.

And in an effort to drive home the impact craft brewers can make on a local economy, Metzger pulled statistics from an economic study he conducted for the Texas Craft Brewers Guild last July. He noted that the total economic impact of the Texas craft brewing industry in 2011 was $608 million. That figure could climb as high as $5.6 billion in less than a decade, should the development of the Texas beer industry resemble that of its wine industry, he said.

So how does a local economy attract those breweries? Metzger didn’t deny that cash, grants and tax abatements can incentivize where they lay down roots. He said having city planning officials who “understand the unique needs and benefits of a brewery” is the most critical element.

Great Lakes Brewing founder Patrick Conway – whose own brewery has been at least partially financed by municipal bonds offered by the city of Cleveland, Ohio, wasn’t quite as bullish on craft’s growth. He said that it’s been challenging for established craft breweries to gain a loyal following because of “an insatiable appetite for what’s new and what’s different.”

Despite the benefit that he and his brewery have received from local financing, he said, “there might be a day of reckoning coming. There are only so many feet of shelf space for all the new brands.”

“You have to sell who you are as a community first and then you sell what you have,” he said. “Decision makers and owners of breweries are personally invested in these communities. They want to help build the community.”

Teague explained five key considerations when assisting, growing and attracting microbreweries: bottom-line support, talent, recruiting, intangibles and differentiators. He explained that in Asheville, city officials helped to launch a non-profit ‘grain coalition’ that collects a brewery’s spent grain and distributes it to local farmers. And to help develop the talent pool, Teague said the city created beer-centric certification programs at nearby community colleges and universities.

And while Teague stressed that a single solution for attracting craft breweries doesn’t exist, he said he does believe that understanding the craft brewer’s passion for authenticity will help guide the process. Teague stressed Asheville’s commitment to sustainability, for example, which he knew was a key consideration in New Belgium’s search for a second facility.

“Everything goes back to branding for them [craft brewers],” he said. “Their brand is a reflection of their culture. Incentives alone may actually clash with what their brand is and it may not persuade them to do anything.”