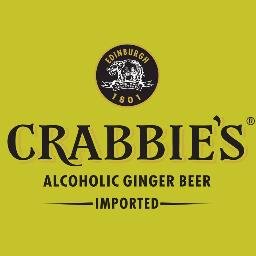 “Crabbie’s is the United Kingdom’s number one selling bottled beer. It’s a truly innovative drink that hasn’t been offered before in America and the response has been incredible,” says Phil Clarke, general manager of St. Killian, the exclusive US importer of Crabbie’s. “With the introduction of Spiced Orange, we look forward to the continued growth of the brand; it’s time for a Crabbie’s.”

Crabbie’s Original is carefully crafted from a recipe using ginger shipped from the Far East which is cold steeped for up to six weeks and then combined with four secret ingredients. The result is a refreshing, light bodied ginger beer with a spicy fresh ginger flavor, notes of citrus and a warming finish. Spiced Orange offers the same refreshing taste as the Original but with a lighter ginger profile and a zesty orange flavor. Crabbie’s Spiced Orange Alcoholic Ginger Beer is ideal when served chilled over ice with a slice of orange.

To celebrate the launch, Crabbie’s is hosting a series of Spiced Orange consumer launch events throughout the Spring across the U.S. including: Atlanta, GA; Chicago, IL; Dallas, TX; Miami, FL; New York City, NY; Richmond, VA; San Francisco, CA; Scottsdale, AZ; and Tacoma WA. The events will offer Crabbie’s Original and Spiced Orange over ice with a slice and incorporated into a variety of Crabbie’s cocktails; chef’s will also pair dishes with Crabbie’s and cook with Crabbie’s.

Since Crabbie’s entered the U.S. market, it has received high praise from Bon Appetit, Huffington Post and The Dallas Morning News. Hailed as “a ginger beer that lives up to its name” (Bon Appetit), Huffington Post’s “Taste Test” concluded that “the UK’s best-selling ginger beer is finally available in the U.S., and we are quite pleased about it.” The Morning News called Crabbie’s “moderately gingered and not too sweetÔÇªa smooth, refreshing drink,” and Crabbie’s was named “Best in Show” by greater San Francisco’s Fairfax Beer Festival, where it stacked up against some of the nation’s top domestic craft breweries.

The Crabbie’s adventure dates back to 1801 in Edinburgh, Scotland and the shipping port of Leith. Merchant-explorer John Crabbie began creating great tasting drinks to sell in his shop at 99 Giles Street. He searched the Far East for the best ingredients, including ginger and exotic spices; once selected, the goods were commonly transported by elephants to ships which then set sail for Scotland. More than 200 years later, Crabbie’s elephant logo reflects the search for those ingredients, which are still used today to develop the one-of-a-kind flavor of its alcoholic ginger beer.

Crabbie’s is available for purchase in two formats: a four-pack of 11 ounce bottles and a 16.9 ounce bottle. Ideal for sipping, Crabbie’s can also be blended into a variety of ginger beer cocktails, such as a Dark and Crabbie and the Moscow Mule.