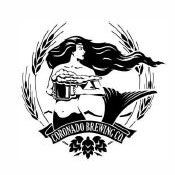 Final touches will be applied to the tasting room during the soft opening period. Once complete, the brew house-adjacent space will be equipped with a cask station, nitro tap, and a retail component selling Coronado Brewing Company beers (four-packs, six-packs and 22-ounce bottles), glassware, apparel and additional merchandise. In addition to watching the brewing process play out from stools and a large communal table, visitors to the tasting room will be able to sample the company’s core line of beers as well as a variety of rare and limited edition specialty brews.

Prior to the tasting room’s debut, fans seeking from-the-source tastes of the company’s award-winning beers (Orange Avenue Wit, Mermaid’s Red, Idiot IPA, and more) were required to travel to the island community of Coronado, southeast of San Diego proper. Now, a trek across the Coronado Bridge (the iconic thruway for which the company named its 2012 creation, Blue Bridge Coffee Stout) is no longer necessary for San Diegans and visitors drinking in the region’s exceptional craft beer culture.

Coronado Brewing Company’s tasting room is located at 1205 Knoxville Street in San Diego’s Bay Park community. Hours of operation are 2 to 8 p.m., Monday through Thursday; 1 to 9 p.m., Friday and Saturday; and 12 to 6 p.m. on Sundays.

1996, brothers Ron and Rick Chapman realized a long-time dream and got ahead of the craft brew curve in a big way, opening a brewpub in the heart of their hometown of Coronado. Back then, craft beer was still a foreign term and San Diego County was home to a mere handful of breweries, most of which were struggling to find their identity. The Chapman’s had no question about who they wanted to be. Their clear-cut mission was to celebrate their islander roots through the creation of exceptional beer. And with those noble ideals, Coronado Brewing Company was born.

In no time, CBC became the pride and joy of the Crown City behind an assortment of abundantly hoppy West Coast-style ales. That early success drove them to start distributing their beer outside the brewpub. They didn’t go far for their first sale, delivering a keg to historic hometown icon The Hotel Del Coronado. From there, slowly yet steadily, CBC’s fine, hand-crafted beers trickled into the local market where they fast became favorites amid San Diego’s burgeoning beer scene.