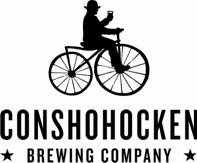 Situated along the Schuylkill River Bike Trail, the brewery will feature two large roll-up doors on the back side of the space leading to a scenic rear deck just off of the bike path, making it a convenient stop for recreational enthusiasts utilizing the trail. The team is also quickly developing a distribution network of local bars and restaurants to share their craft with beer drinkers in Southeastern Pennsylvania.

The owners — made up of an eclectic group of craft beer enthusiasts — knew they needed a venerable lead brewer at the helm. They found Horne, who recently relocated from Portland, Oregon, back to Pennsylvania to join the team. A Villanova University graduate, Horne began his brewing career at local favorite Yards where he developed an in-depth knowledge of the Philadelphia beer scene. Horne joined the team fresh off a 2013 Great American Beer Festival medal for his ESB (extra special / strong bitter), and is considered a rising star in the industry having brewed at top national breweries, including Avery and Oskar Blues.

“Coming home to Pennsylvania and having the opportunity to explore and brew new creative beers is the perfect scenario for me,” says Horne. “I’m hoping to bring my experience with West Coast styles and my knowledge of local tastes together to create beers that will push the envelope, and draw on the Philadelphia area’s rich brewing tradition.”

When he is not manning the brew deck, Horne invites patrons to ask questions about the brewing process while enjoying an up-close view of the brewing equipment.

“I think visitors will be excited about the design of the space, since they can immerse themselves in a learning experience about making beer, ingredients and the brewing process,” says Horne. “The viewing areas we set along the brewery offer a detailed look at the inner workings, including our 15 bbl steam-fired brewing system.”

More information on beer styles, including year-round and seasonal offerings, will be available as the opening date gets closer. For now, Horne and team are focusing on the build-out of the facility to meet their production goals and developing their distribution network.

“We are proud to bring a brewery to Conshohocken,” says Remington, who lived in Conshohocken for more than 10 years after graduating from Saint Joseph’s University in Philadelphia. “The greater Philadelphia area is one of the country’s top craft beer regions, and the team and I are excited to join the thriving scene here.”