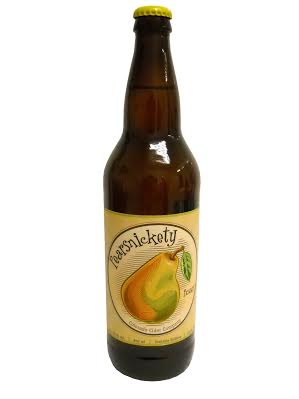 This extra-pale winter offering is made in the fall from tons of golden Bartlett pears produced by growers in Colorado’s famed Grand Valley. “These pears make for delicious fruit and incredible perry,” says Colorado Cider Company founder Brad Page.

“Like all of our ciders,” Page says, “we ferment Pearsnickety to just-about dryness. This accents the fruit flavors, reins in the sugars, and conjures up Pearsnickety’s earthy finish and Western Slope terroir. “

Pearsnickety debuted last fall for Colorado Cider, and this year Page is quadrupling production of it to help meet expected demand.

Cherry Glider is a new version of Colorado Cider’s popular Glider Cider that’s made with Colorado apples and enhanced with (but not overtaken by) tart cherries.

“The key to a great cherry cider,” Page says, “is knowing when to say whoa! on the cherries. That’s what you find here. It’s grownup enough to thrill discerning cider lovers, without calling up cough syrup nightmares from your childhood.”

Pearsnickety (suggested retail price of $8.49) and Cherry Glider (SRP of $8.99) are now on Colorado shelves in 22-ounce bottles. 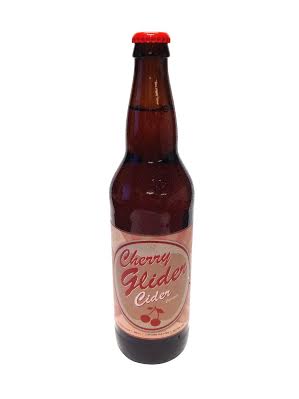 The increased capacity will help Colorado Cider meet growing demand for its small-batch, made-in-Colorado creations. The company’s 2013 sales were up 150% over 2012.

“The expansion,” Page says, “enables us to end a moratorium we had on new draft accounts, and expand our reach in bottles and kegs around the state.”

Colorado Cider opened its tasting room doors on November 11, 2011. The cidery was founded by Brad & Kathe Page. Brad was one of Colorado’s first microbrewers in the late Eighties and is now a trailblazer for hard cider in the state.

Since opening his company, Brad Page has worked to enlighten Colorado consumers about hard cider and pave the way for future cider makers in the state. His cidery has helped to define modern cider in Colorado by crafting a mix of traditional creations and inventive, boundary pushing ciders.

About 70% of Colorado Cider’s juice comes from apples sourced in state. “We use as much Colorado fruit as we can find,” Page says, “and we work with Colorado growers to expand the state’s cider-apple agriculture.”

To help boost that local supply of apples, last year the Pages planted 1,000 cider-apple trees on property they own and maintain near Hotchkiss, Colorado. This fall they’ll plant another 2,000 trees on that property.

Kelly Reitan is Colorado Cider’s head cider maker. A Colorado native and one of very few female cider makers in the US, she has a chemical engineering degree from the University of Colorado and worked for the Coppola Winery in California before joining up with Colorado Cider.

The cidery’s flagship, Glider Cider, is crafted from a blend of dessert apples from Colorado and Washington. Glider Dry (an extra dry version of Glider Cider) is another top seller. The company’s innovative “botanical series” includes Grasshop-Ah (an apple cider enhanced with lemongrass and hops) and Pome Mel (a cyser made with a 50/50 blend of apples and Colorado wildflower honey, aged on rosemary and lavender). Ol’ Stumpy is a limited-release, barrel-aged cider made from a blend of heirloom, bittersweet cider apples.

Colorado Cider’s creations are distributed in Colorado by Elite Brands.

More information can be found at www.coloradocider.com.