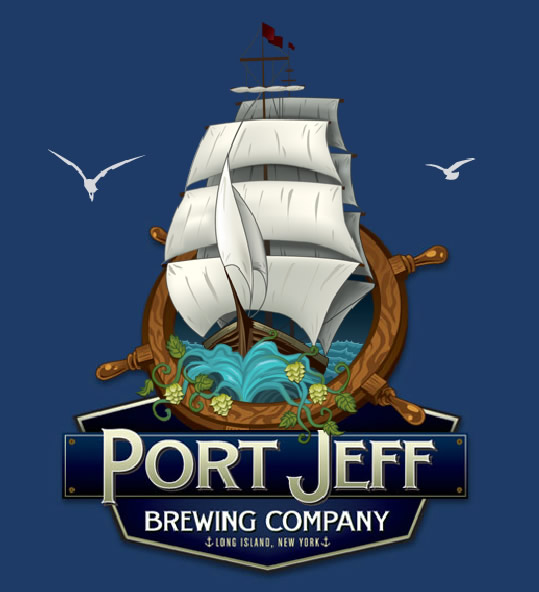 Clare Rose Inc., continuing as the premier distributor of New York-made beverages, is proud to announce a new partnership with one of the most exciting breweries on Long Island: Port Jeff Brewing Company from Port Jefferson, New York.

Since 2011, Port Jeff Brewing has consistently produced a variety of unique and delicious beers, quickly ascending to the top of the ranks in Long Island’s burgeoning craft beer scene. Michael Philbrick, owner and brewmaster, started his brewing career at the prestigious Siebel Institute in Chicago. After graduating, Philbrick perfected his recipes as a homebrewer for 10 years. In 2011, he converted a former retail space in the heart of Port Jefferson Village into a unique tasting room and brewery. He expanded the seven-barrel operation with two vans, distributing his beers from Long Island to New York City, and then expanding into Westchester. Today, Port Jeff employees 11 people, including the newly appointed head brewer and long-time friend, Matt Gundrum from Iron Hill Brewery and Restaurant.

“With the addition of Port Jeff’s amazing beers, we really feel like we have created partnerships with the best breweries on Long Island,” said John Reese, Craft and Specialty Import Manager. “Port Jeff’s range of styles, from Belgian-style tripels to IPAs to stouts, make them an easy brewery to get behind. We really want to help them to grow, and bring their brews to as many Long Islanders as possible. Our brewing community is very close, and we are excited to have the chance to partner with such a great member of that brotherhood. Supporting local businesses is everything to us at Clare Rose.”

“We are extremely excited to begin working with Clare Rose,” added Philbrick. “We wanted to partner with a distributor that understood our dedication to customer service and quality, and one who will always take the extra steps to ensure our customers have a great experience doing business with us. Clare Rose couldn’t be a better fit to continue that mission in our home territory. The fact that they are a family-based business from Long Island is the icing on the cake!”

Clare Rose Inc. is a third generation business that has been owned and operated by the Rose family for over 75 years. They service Long Island, with locations in Melville and East Yaphank. They are also one of the few beer distributors in the state to operate our own state-of-the-art recycling facility. Clare Rose’s leading suppliers are Anheuser-Busch InBev, Heineken USA, and Pabst Brewing Company. In addition they have partnerships with four of the main Long Island craft breweries and carry an extensive craft and specialty import portfolio. Clare Rose also offers a wide selection of nonalcoholic beverages, wines, and local craft artisanal spirits.