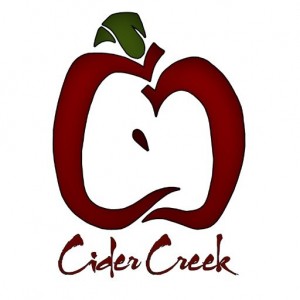 The company’s creators and Bostonians for more than 15 years, Kevin Collins and Melanie Collins, have family ties to farmland and a cider mill in upstate New York. The couple has been brewing hard cider made from a special blend of New York state apples as a hobby for years, sharing the cider with family and friends around the holidays. The cider became so popular, the couple decided to bring their unique recipe to market. The funds from the KickStarter campaign enabled them to convert a barn on their family farm into a cidery.

“What’s special about our cider is that we control the ingredients and quality — from fresh fruit to bottled product — on our family’s farm,” said Kevin Collins, Cider Creek founder and head brewer. “It starts with a hand selected and sorted blend of New York state apples. We press the cider ourselves at the farm’s neighboring cider mill before fermenting, bottling, packaging and shipping it from the farm directly to stores across the state. ”

The hard cider category is growing significantly in the U.S. According to a recent AdAge article, U.S. cider sales grew nearly 100% for the 52-week period ending on January 26, 2014, reaching a total of $220.7 million.

“We’ve tasted a lot of ciders over the years, but have been waiting to partner with a local cider brand that we believe in. Cider Creek strikes the right balance between sweet and dry, with a crisp, clean finish,” said Ed Gillooly, President of Bay State Wine & Spirits. “Its high-quality, authentic taste is delivered from the farmlands of New York to Boston, a city rooted in cider heritage. It’s a product and story our team can really get behind and one that our customers admire.”

Cider Creek currently donates a portion of their proceeds to Massachusetts-based charities, the Jeanne Geiger Crisis Center, an organization that helps victims of domestic abuse, and the Massachusetts Soldiers Legacy Fund, which gives educational grants to children of fallen Massachusetts service members while deployed on Operations Enduring and Iraqui Freedom.

A true American craft cider, Cider Creek is 100% handmade and farm fresh. It’s the perfect balance between sweet and dry and is naturally gluten-free. Cider Creek Hard Cider is made in Canisteo, NY and distributed and sold in Massachusetts, New York and coming soon to Rhode Island. For more information, visit www.cidercreekhardcider.com and follow us on Facebook, Twitter and Instagram.