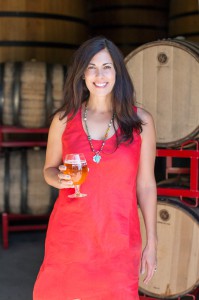 Christine Perich took over as New Belgium’s CEO on Oct. 9, 2015. She will depart the organization in November, 2016.

Christine Perich, the CEO of New Belgium Brewing, will depart the organization to “pursue other opportunities,” the company announced today.

The Colorado-headquartered brewery — which also maintains a production facility in Asheville, N.C. and is ranked by the Brewers Association as the country’s fourth largest craft outfit — has yet to appoint a replacement.

While it searches for a new CEO, the executive team will handle daily planning and operations, the company said in a release.

“New Belgium is in good hands with the brilliant leadership team in place and the future of NBB looks very bright,” Perich said via the release. “I am proud of what I have accomplished and I look forward to new adventures.”

Perich, who replaced co-founder Kim Jordan as CEO last October, had been with the company for 16 years and previously served as the company’s chief operating officer, chief financial officer and president.

“Christine has been a key member of New Belgium for many years and we are sad to see her go,” Jordan said in the release. “We appreciate – and will miss – her many contributions. We wish her the best of luck and we are fortunate to have a strong executive team that will keep us focused on our immediate plans.”

Perich was instrumental in helping New Belgium transition to 100 percent employee ownership in 2013, a structure it vowed to maintain at a company-wide retreat earlier this year.

“While the Board of Directors and ESOP trustee have a fiscal responsibility to keep an eye on capital markets, we have found that our current capital structure serves our purpose and vision best,” Jordan said in August.

That announcement came less than one year after Reuters reported that New Belgium was considering a sale.

New Belgium — which in March named former Diageo executive Ruairi Twomey as its new vice president of marketing — is the latest top 50 U.S. craft brewery to announce a key executive transition in 2016.

And in January, Sweetwater Brewing and then-CEO Kim Jones parted ways just six months after the company had promoted her to the position.