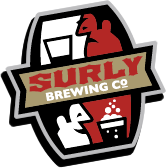 Brooklyn Center, Minn.– After limiting distribution the last several years to focus on demand in its home state of Minnesota, Surly Brewing is amping things up in Chicago again by adding accounts at the bar and retail level.

It’s been a busy year for Surly. The brewery has been expanding as fast as possible in its current location before the planned opening of its new Destination Brewery in Minneapolis, which broke ground last week. Surly has almost doubled its bar and retail accounts in Minnesota since this summer. The brewing schedule has increased as equipment has arrived, and Surly’s brewers are working almost around the clock at its current location in Brooklyn Center.

Since pulling back beer from out-of-state markets, Surly has been focused on satisfying demand in Minnesota. For the last couple of years, Surly has been exclusively available in Minnesota. Previously, Surly was available in Wisconsin, the Dakotas, and the Chicagoland area. Being just a year or so from brewing beer at the new, much larger facility, Surly’s plans call for ramping up and moving back into some of its former markets while the new brewery is built. Chicagoland is first on that list. After the new brewery opens, with production increasing by almost four times what it is now, the plan is for Surly to expand into specific national markets.

With construction started on the new brewery and a more firm timetable for beer to be flowing at the new brewery location, Surly is excited to focus on the path ahead, expand its footprint in Chicagoland and return to a market that has been passionately supportive.

It all started in Omar Ansari’s garage in 1994. He liked beer, felt it should be brewed a certain way, and had expectations of what defined good beer. The motivation for the big idea was the fact that Ansari, along with current (and soon to be) beer lovers were growing “surly” because they couldn’t find enough good beer. A space was procured in 2005, previously the home of his parents’ abrasives manufacturing business — the very building used by Omar’s Pakistani father and German mother to build their own business 40 years before. By the end of 2005, Ansari and head brewer Todd Haug put the finishing touches on their big idea and all systems were finally ‘go’: Surly sold its first keg on February 2, 2006, and has never looked back. Now, seven years later, after unbelievable growth and an expanding family of beers, Surly is served bars, restaurants, and retail locations across Minnesota and has received several national beer awards. Construction is also underway on Surly’s future home, a $20-plus million Destination Brewery in Minneapolis, which is planned to open in late 2014. More information can be found at www.SurlyBrewing.com.