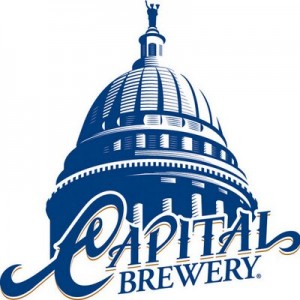 The great brewing staff at Capital Brewery has been producing quality award winning beers for decades. The freedom to innovate has never been stronger and Capital Brewery is poised to break into new brews to compliment traditional favorites like the Wisconsin Amber.

To have been brewing award winning styles for 28 years is a great accomplishment and is unprecedented for a craft brewery. From the new IPA styles to the new, colorful, cutting edge packaging, the folks at Capital are looking to the future with an eager optimism that is seldom seen from a brewing industry patriarch.

As a remembrance of Capital’s rich brewing history, the recently re-designed Munich Dark and Special Pilsner will include the ‘Garten Brau’ moniker to revive the name first used some 28 years ago. Some of the original ‘Garten Brau’ signage is on display at the brewery and can be seen during tours.

“I am proud and honored to have been involved with Capital at various levels since its inception,” said President Scott Wiener. “Just walking down the hallways and seeing the hundreds of medals, then drinking one of those award winning beers reminds me of all of the hard work and dedication that our employees have put in to this place,” he added.

Founded on March 14, 1984, Capital brewed its first batch of beer in the spring of 1986. The company has received 200 major awards in both domestic and international competitions in over 15 categories, and the beer has been available in cans since 1997. Capital was named Grand National Champion in the 2013 US Open Beer Championship, winning six medals.