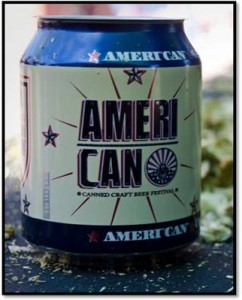 SCOTTSDALE, Ariz. — We’re just a few days away from the Ameri-CAN Canned Craft Beer Festival on Saturday, May 18th at the Scottsdale Civic Center where 60 breweries from across the country will crack the cans on over 200 different craft beers and pour their ice cold liquid gold for beer lovers to enjoy in celebration of American Craft Beer Week.

Doors open at noonwhen thirsty fans will receive their collectible 4 oz sample can which can be used to taste up to 20 different beers from local, regional and national breweries.

Presale general admission tickets are available now for $25 online at www.cannedcraftbeerfest.com. For a limited time, tickets are also available at all seven valley Whole Foods locations including Tucson at the presale price of $25. Day of general admission tickets will be sold for $35 while supplies last. This event will sell out so be sure to get your tickets early! General admission includes entry into the festival with collectible 4 oz sample can, which can be used to sample up to 20 beers from participating breweries.

VIP tickets are $100 (presale only, while supplies last), and include general entry with a 4 oz souvenir can, VIP lanyard for all access and exclusive entry into the VIP area with catered food and treats, private restrooms and a meet and greet with brewers. This is a 21 and over event, no exceptions. Ticket purchasers and all guests must be 21 or over and must present a valid picture ID upon admission.

Here is the complete list of breweries participating in the 2013 Ameri-CAN Canned Craft Beer Festival:

A portion of event proceeds will benefit The Beer for Brains Foundation which is a national, non-profit organization of craft-beer lovers, distributors and brewers, who are committed to raising public awareness about brain cancer, engendering compassion for its victims and helping fund groundbreaking research leading to a cure. Based in Arizona, the Beer for Brains Foundation is one of only a handful of beer industry-related charities currently operating in the United States.

HDE Agency is a full service agency dedicated to expanding client visibility and establishing marketable brand positioning. We offer a wide range of brand development services including public relations, design, advertising, social media, print collateral and event production. By establishing a strong foundation of action based campaigns, HDE Agency strives to transform our clients’ goals and objectives into tangible efforts measurable by an increase of customers, sales and community relationships.

HDE Agency is one of the largest producers of special events in Arizona with an impressive roster of more than a dozen annual signature events. HDE’s roster of special events includes the Downtown Chandler Oktoberfest, Taste. Chandler’s Culinary Festival, Summer Splash and Ameri-CAN Canned Craft Beer Festival. HDE’s most notable signature event, The Great American Barbeque & Beer Festival is Arizona’s largest event of its kind drawing thousands of fans to the downtown Chandler area for a full day of BBQ, Beer & Music. The 2012 Great American Barbeque & Beer Festival was designated as an official centennial event in the City of Chandler and it won the title of Outstanding Event of the Year at the 18th Annual AzTEC Awards.