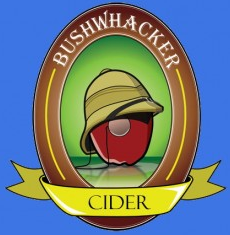 A one of a kind neighborhood pub, Bushwhacker stocks 268 ciders from around the world as well as making their own 100% oak barrel aged ciders. Over the last 3 years Bushwhacker is proud to be apart of the resurgence of craft cider in the US and as ground zero for cider lovers in Portland.

As part of their 3 Year Anniversary celebration Bushwhacker has invited other ciders from the community to participate, including: 2 Towns, Outcider, Bull Run, Finnegan, and Farmhouse cideries.
Bushwhacker’s current tap selection of 8 rotating drafts will be bumped up with two jockey boxes so that the bar will have 12 ciders on tap for the day to complete a mini fest style atmosphere. The cider makers will be pouring FREE samples of their wares from 3-6 and the Brooklyn House will be grilling sausages with a choice between brats made with Bushwhacker Cider or Green Flash beer. Live music will be provided by two of Portland’s best singer/songwriters Leigh Marble and Shoeshine Blue from 4-7pm. While away the day enjoying great cider, relaxing music, tasty food and a game of Cornhole on Bushwhacker’s brand new boards in an extended for the day patio!