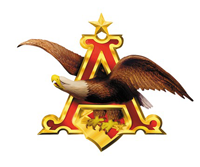 ST. LOUIS — Budweiser today released an exclusive digital video to raise awareness for drunk-driving prevention. Unlike previous spots from Anheuser-Busch’s flagship beer brand, the online-only content carries a more emotional tone and portrays how having a plan to get home safe can result in a positive ending.

Anheuser-Busch and Budweiser believe drunk driving is 100 percent preventable when adults make a plan to get home safe. However, lives are still lost in drunk driving-related crashes every year. The “Friends are Waiting” video opens with the deep bond between two best friends—Luke and his dog Cooper—and culminates with Cooper’s reaction when Luke doesn’t come home after a night out.

“Friendship, camaraderie and enjoying great times are at the heart of Budweiser’s most popular campaigns, and this video maintains that tradition but with an unexpected twist,” said Brian Perkins, vice president, Budweiser. “Budweiser is known for connecting with beer drinkers in memorable ways, and our efforts to promote responsible drinking through this video are no exception.”

Anheuser-Busch is one of the first alcohol companies to widely deliver a responsible drinking message with this tone, and the new video represents an evolution in how the company talks about responsible drinking. Although Budweiser is sharing this message with anyone of legal drinking age, the brand is releasing the video digitally to capture the attention of drinkers ages 21-27, who consume and share content via online news sources and social sites.

“Budweiser has long championed the message to ‘designate a driver and enjoy the great times,’ but this video goes a step further to reinforce the importance of making a plan to get home safe while showing how our decisions impact those around us,” said Kathy Casso, vice president, Corporate Social Responsibility, Anheuser-Busch. “Creating this video to live — and be shared — digitally is an important way to keep the momentum going and reach as many adults as possible.”

The launch of the 60-second video is being timed with Anheuser-Busch’s 5th annual Global Be(er) Responsible Day on Friday, Sept. 19, a day Anheuser-Busch InBev and 155,000 colleagues worldwide dedicate to promoting responsible drinking worldwide.

Budweiser, an American-style lager, was introduced in 1876 when company founder Adolphus Busch set out to create the United States’ first truly national beer brand — brewed to be universally popular and transcend regional tastes. Each batch of Budweiser follows the same family recipe used by five generations of Busch family brewmasters. Budweiser is a medium-bodied, flavorful, crisp and pure beer with blended layers of premium American and European hop aromas, brewed for the perfect balance of flavor and refreshment. Budweiser is made using time-honored methods, including “kraeusening” for natural carbonation, and beechwood aging, which results in unparalleled balance and character. The brand celebrates great times and has used the phrase “Grab Some Buds” in advertising since 2010.

Anheuser-Busch and its employees build on a legacy of corporate social responsibility by focusing on three key areas: promoting alcohol responsibility, preserving and protecting the environment and supporting local communities. In the past three decades, Anheuser-Busch and its wholesalers have committed more than $1 billion in national advertising campaigns and community-based programs to encourage responsible drinking and prevent underage drinking and drunk driving. Anheuser-Busch reduced total water use at its breweries 32 percent over the last 5 years and by 45.5 percent over the last 10 years. The company has been a leading aluminum recycler for more than 30 years. Since 1997, Anheuser-Busch and its Foundation have invested in local communities through donations of more than $530 million to charitable organizations. The company also has provided more than 72 million cans of drinking water to people impacted by natural and other disasters since 1988. Based in St. Louis, Anheuser-Busch, the leading American brewer, is a wholly-owned subsidiary of Anheuser-Busch InBev, the leading global brewer, and continues to operate under the Anheuser-Busch name and logo. For more information, visit www.anheuser-busch.com.