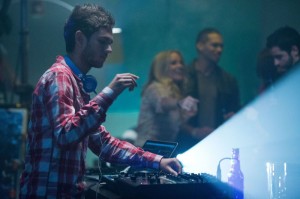 ST. LOUIS, — Bud Light Platinum announced today its new creative campaign, Turn Up Your Night, a direction rooted in electronic dance music with a strong emphasis on content. The campaign will feature partnerships with marquee DJs and national and local festivals. Turn Up Your Night will debut with GRAMMY nominated DJ/producer/songwriter Zedd.

“Every night has that ‘turn up moment,’ as does every song,” said Zedd. “Bud Light Platinum has worked with a range of renowned musical talent and I’m excited to pioneer the brand’s return to EDM.”

Since Bud Light Platinum’s launch in 2012, music and nightlife have been at the core of the brand’s identity, including a partnership with Sensation and tracks by Kanye West and Avicii in past ad campaigns. In 2013, Bud Light Platinum successfully partnered with Justin Timberlake, helping both reach deeper connections with consumers and building the brand’s credibility in the music space.

Bud Light Platinum’s new campaign, developed by Translation, will launch during The 56(th) Grammy Awards this Sunday, January 26(th). The brand will debut a fifteen-second ad featuring Zedd and his new single, “Find You” Ft. Matthew Koma and Miriam Bryant that includes the campaign slogan, “turn up your night,” throughout.

“Bud Light Platinum is looking forward to connecting through the largest music movement of millennials, EDM, and sharing the same musical passion points as its drinkers,” said Rob McCarthy, Vice President of Bud Light Brands at Anheuser-Busch. “Unveiling Turn Up Your Night alongside Zedd, one of the most exciting artists in music, along with a number of different music initiatives we have throughout the year, will solidify Bud Light Platinum in EDM.”

Bud Light Platinum, a premium light lager, was introduced in January 2012 and was the No. 1 best-selling new beer of the year. Bud Light Platinum is triple-filtered to ensure it retains the key characteristics of Bud Light – it’s refreshing and drinkable – but with a slightly sweeter taste and 6% alv./vol.* that delivers a unique, bold and smooth light beer experience. Bud Light Platinum is brewed using a unique combination of golden malts and grains, as well as mild hops, which creates its pale, golden color, slightly sweeter taste and smooth finish. For more information, visit www.BudLightPlatinum.com.