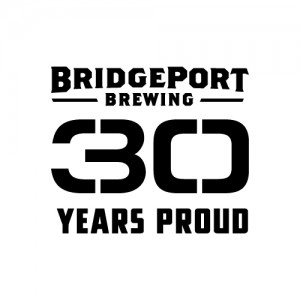 PORTLAND, Ore.— Oregon beers haven’t always had the intense hop flavor and aroma that many do now. In fact 30 years ago the term “craft beer” was just starting to emerge in conversations among Pacific Northwest beer drinkers.

Trilogy 1, the first in this series, is a dry hopped pale ale that celebrates craft brewing and the incredible bounty of hops from the Willamette Valley. This inaugural beer was brewed as a tribute to the pioneering brewers who started brewing with intense aroma hops 30 years ago—a nod to vintage craft. The soft malt flavor and light body of this beer are the perfect base to showcase the Crystal hop, a favorite amongst BridgePort’s brewers.

“Thirty years ago, domestic beers dominated shelves and taps across the US. It wasn’t until some inventive brewers decided to make hop-forward beers that American-style craft brewing was really born,” said brewmaster, Jeff Edgerton. “We knew we wanted the hops to be the star in this first beer and the best way to do that was through a pale ale. We used the Crystal hop because it’s one of my personal favorites and a Northwest varietal.”

Edgerton used a big charge of Crystal Hops at the end of the fermentation process, giving this beer a pleasant dry-hop aroma and flavor. The presence of Rye malt lends a slightly spicy malt character and the Munich malts add a soft yet definite mouthfeel. ABV 5.2% | OG: 13.1 | IBUs 40

Trilogy 1 hits the shelves this week in all major markets where BridgePort is sold. For more information, visit www.BridgePortTrilogy.com.

Celebrating 30 years in 2014, Oregon’s oldest craft brewery continues to evolve from a microbrewery to a regional leader committed to producing high quality craft ales. Lead by brewmaster Jeff Edgerton, the team of BridgePort brewers prides itself on using hops from an hour away and clear glacial water from Mount Hood. The BridgePort family of ales includes IPA, Hop Czar, Kingpin. BridgePort Brewery is located at 1313 N.W. Marshall St.