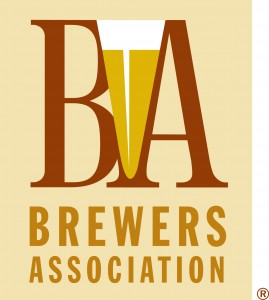 WHAT: For the eighth consecutive year, the Brewers Association has declared American Craft Beer Week (ACBW), a celebration of U.S. craft brewers across the country. Last year, ACBW was celebrated by breweries, brewpubs and retailers in all 50 states with over 1,300 official events.

More than 35,000 beer lovers (now up to more than 45,000) were part of the Facebook community alone, undoubtedly making 2012 the largest celebration of ACBW yet.

From May 13-May 19, the tradition will continue and ACBW will provide an opportunity for small and independent brewers, craft beer enthusiasts and the community of better beer retailers to celebrate the ever advancing beer culture here in the U.S. Events will include exclusive brewery tours, special beer releases, multi-course food and pairing dinners, collaboration beers, retail promotions and much more.

WHERE: Visit the official American Craft Beer Week events calendar, hosted by CraftBeer.com, for a full list of local celebrations in all 50 states.

WHY: While there are an estimated 50 state and regional beer weeks throughout the year, ACBW celebrates the amalgamation of these events, offering craft beer fans everywhere options to learn about, enjoy and share the beverage they love. This comes at a time when America’s craft beer industry is thriving, with over 2,300 small and independent breweries responsible for not only advancing the food arts world, but pouring money into the economy via tourism and jobs while creating an overall vibrant craft beer scene nationwide. America’s craft brewers are certainly something to celebrate.