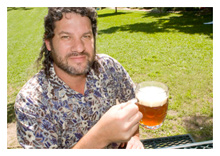 The Brewers Association (BA) released a snapshot of the craft beer landscape through July last week and the most recent numbers continue to reflect the unprecedented growth of the craft segment.

“Craft brewing and the Brewers Association just keep on growing,” Gatza writes. “We have 555 more brewers in planning than a year ago and 347 more operating U.S. Breweries.”

And mainstream media is taking note. Earlier today, Boston Beer Company founder Jim Koch joined the hosts of CBS This Morning to chat about the growth of his company and the continuing consumer demand for craft.

“Beer is going through the transformation that wine has already gone through,” said Jim Koch. “America is now creating a beer culture just like we created a wine culture.”