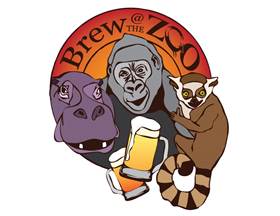 WHAT: Don’t miss the Fourth Annual Brew at the Zoo! Brew at the Zoo is a “beer tasting” event that features stations hosted by local breweries and restaurants – as well as an opportunity to stroll amongst the animals in the zoo’s signature Tropical Forest Pavilion, which is home to ring-tailed lemurs, ocelots, Baird’s tapirs, a pygmy hippo, free-flight birds and many other species. Guests will also have the opportunity to visit Aussie Aviary, a seasonal free-flight exhibit featuring brightly-colored budgies.

Zoo New England manages Franklin Park Zoo in Boston and Stone Zoo in Stoneham. Both are accredited by the Association of Zoos and Aquariums (AZA). Zoo New England’s mission is to inspire people to protect and sustain the natural world for future generations by creating fun and engaging experiences that integrate wildlife and conservation programs, research, and education.