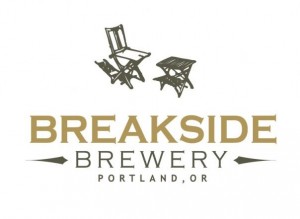 Portland, Oregon – Breakside Brewery gets experimental by freezing and shattering fresh hops with liquid nitrogen. Brewmaster Ben Edmunds has already developed a reputation for crazy experiments as well as award winning hoppy beers, but he was frustrated with fresh hop beers made from the seasonal hop harvest.

“For me, a lot of fresh hop beers just have this really intense chlorophyll, plant matter kind of character, and often don’t showcase the varietal character of the hops—say, the dank and piney notes of Simcoe, or the tropical notes of Citra.”

Brewers are still figuring out the best methods to extract the subtle fresh flavors from un-dried, un-kilned hops that are available just once a year during the annual hop harvest.

“When you’re given these whole cones, you don’t get a chance to really access those lupulin glands where the acids and resins and oils are all stored, and it’s those things that are the signature components of hop flavor and aroma. So, we were talking about how we could come up with a technique where we could actually expose those glands, and I was talking about grinding the hops or breaking them open. It’s almost that the most gentle thing we can do is just shatter them, and in the moment of saying that I thought of liquid nitrogen.”

Watch the video produced by Ritch Marvin and The New School on Freezing Hops with Liquid Nitrogen: http://vimeo.com/channels/behindthepint/105694721