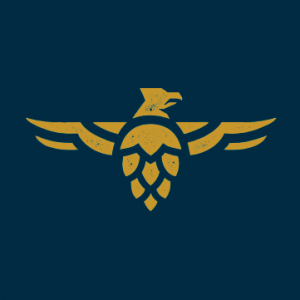 Covington, KY — Braxton Brewing Company announced plans today to open their production microbrewery at 25 West 7th Street in Covington. The 11,000 square foot brewery and taproom sits in the heart of Covington’s Pike Street corridor — a focus of the city’s Vision 2015 redevelopment project. The brewhouse is a 20-barrel, three-vessel system developed specifically by Brewmasters Evan Rouse and Richard Dubé for the beer styles Braxton intends to create. The company intends to launch in the fourth quarter of 2014 and will focus distribution efforts in Kentucky before moving throughout the Midwest.

The new brewery results from the ambition of its four co-founders Evan Rouse, Jake Rouse, Greg Rouse and Richard Dubé to own their own brewery and provide great craft beer for consumers through distribution and a state of the art tap room, while creating a unique and distinguishable customer experience. “We wanted Braxton Brewing Company to be the first free standing micro-brewery in Northern Kentucky. We look forward to delivering world class beer and utilizing modern technology to inspire our loyal fans,” commented Jake Rouse.

Braxton Brewing Company will showcase its handcrafted beers to the public in its taproom, which is planned to open to visitors by the end of the year. In addition to Braxton’s wide variety of beers on tap, the taproom will also offer beer to go, growlers, kegs and a unique selection of quality merchandise. Braxton also intends to provide a brewery tour program as along with craft beer educational opportunities. “We want our customers to feel as if they have access to the entire brewing experience. We intend to provide the opportunity for consumers to better understand how craft is produced in a unique and friendly atmosphere,” said Greg Rouse.

“The Braxton opportunity came to me at the perfect time”, said Dubé, former Brewmaster at Moerlein Lager House. “The Rouse family has put a tremendous amount of effort into this and I feel fortunate to have the opportunity to brew with Evan, who I am certain is one of the youngest and most creative professional brewers in America.”

“I’m thrilled to be able to design and produce great beers with Richard,” Evan added. “His tremendous brewing background, knowledge of quality control and his passion for teaching make him a great fit for Braxton Brewing.”

To develop and launch their brand, Braxton Brewing Company partnered with Keith Neltner, and Neltner Small Batch, a Camp Springs, Kentucky branding and design agency. NSB is building all of the company’s brand communication.

“We built the Braxton brand to speak to the Rouse family heritage of hard work and innovation,” Neltner said. “Theirs is a unique story, and their brand proudly reflects that strength.”