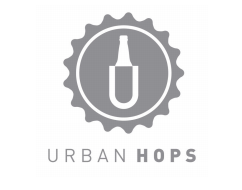 BOSTON — The Urban Grape, a modern boutique wine store in Boston’s South End and Chestnut Hill, will launch Urban Hops, an expanded, dedicated and curated craft beer program in both locations this spring. Because of the increased interest from customers in the craft beer movement, the Urban Grape is meeting demands with an amplified commitment to the beer program. With over 50 new brands in-house tallying to 300 varieties, Urban Hops will offer both large format and smaller format local and regional nano and micro-brew beer choices.

Beer Manager, Ben Bouton, will spearhead the program, and aims to follow the Urban Grape philosophy: offer an exclusive selection of diverse and progressive bottles, while still remaining accessible, approachable and affordable.

Unlike wine at the Urban Grape, beers will be organized by region. From a beer that is aged with raspberries in Sauterne barrels, to the latest release by well-known local craft brewers, Urban Hops hopes to strike a balance between the more extreme and everyday beer offerings. Education is always at the forefront within the store, and Urban Hops will be no different by hosting monthly tastings with brewers and events.

“People have realized that beer is not what it was twenty years ago, and their idea of what makes a great beer is expanding,” explains Beer Manager Ben Bouton. “And like a lot of great wine that we feature at the Urban Grape, much of this beer is not prohibitively expensive. One of the most sought after craft beers in the world is only $6 a bottle.”

Ben has completed the first level of the Cicerone Certification Program, which provides credentials to people who work with beer, providing proven expertise in the selection, acquisition, and serving. The Urban Grape features over 800 wines that are uniquely organized by weight, rather than varietal or region, using their method of Progressive ShelvingTM, which allows the customer to focus on the body of the wine. Owned by husband-and-wife entrepreneurs TJ and Hadley Douglas, the Urban Grape emphasizes unparalleled, concierge style customer service coupled with a “no wine snobs” mentality.

ABOUT THE URBAN GRAPE