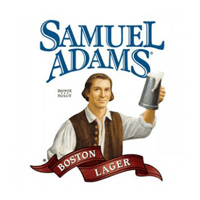 Highlights of this release include:

Jim Koch, Chairman and Founder of the Company, commented, “I am pleased that in 2012 The Boston Beer Company continued to help lead the craft beer industry both in innovation and variety. In 2012, we brewed and sold more than 50 distinct styles of Samuel Adams beers. We continue to innovate and recently released some excellent new beers, including Samuel Adams Double Agent IPL and Samuel Adams White Lantern as well as our Hopology IPA and Spring Thaw Variety 12-packs. We believe that these styles and packages have been favorably received. Also, we recently worked with Jack McAuliffe, a craft brew pioneer and founder of New Albion Brewing Company, to re-release New Albion Ale for the first time in 30 years in honor of Jack and his contributions to craft brewing. We are also excited about the second year of our spring seasonal, Samuel Adams Alpine Spring, an unfiltered lager that showcases Tettnang Noble Hops. We continue to explore ways to improve our sales execution, our brand strength and our position within the craft category and remain positive about the future of craft beer and our potential for future growth.”

Martin Roper, the Company’s President and CEO, stated: “In the fourth quarter, our depletions growth benefited from the strength in our Samuel Adams Seasonal, Twisted Tea and Angry Orchard brands, offset by some slight decline in some of our other Samuel Adams brand styles. The timing of our transition to our Samuel Adams Spring Seasonal was consistent with last year, as we accomplished a conversion from our Winter Seasonal to Alpine Spring by early January in most of our markets. We expect to continue to increase investments in advertising, promotional and selling expenses behind existing brands and also in innovation, commensurate with the opportunities and the increased competition that we see. During the quarter, we may have benefited from our updated Samuel Adams packaging and from our brand messaging, ‘For the Love of Beer’ that builds on our previous campaigns. We are making appropriate investments in brand-building activities and capital improvements in our brewing and packaging capabilities to position us well for long-term growth, to obtain efficiency gains and address certain capacity constraints and service issues we experienced during the fourth quarter. We are prepared to forsake the lost earnings that may result from these investments in the short term as we pursue long term profitable growth.”

Mr. Roper continued, “Alchemy & Science, our craft brew incubator completed its first year and continues to make progress and explore potential opportunities. During the year, Traveler Beer Co. rolled out in test markets with its Curious Traveler and Tenacious Traveler shandy-style beers and it is likely we will launch more markets in 2013. Its Angel City Brewery launched two new beers, Angeleno IPA and Eureka! Wit on draft in the Los Angeles market, and the Brewery and Beer Hall in downtown Los Angeles are opening to the public in the first quarter of 2013 after some limited special events in 2012. These projects have had minimal sales to date. Our 2013 financial projection includes estimated brand investments attributable to existing Alchemy & Science projects of between $2 million and $4 million, but this estimate could change significantly if new projects are added. There is no guarantee that 2013 volume of Alchemy & Science brands will fully cover these expenses and others that could be incurred. We will continue to look for complementary opportunities to leverage our capabilities, provided that they do not distract us from our primary focus on our Samuel Adams brand and our wholesalers, as we believe a portfolio of growing brands is a good outcome for our wholesalers and ourselves.”

Commenting on the Company’s Freshest Beer Program, Mr. Roper said, “We believe that as a result of our Freshest Beer Program we are delivering better, fresher Samuel Adams beer to our drinkers while lowering wholesaler inventories, reducing costs and improving efficiency throughout the supply chain. While we did not achieve our goals in 2012, we currently have 89 wholesalers in the program and at various stages of inventory reduction and we remain committed to the program. We have over 59% of our volume on our Freshest Beer Program and believe this could reach between 65% and 75% by the end of 2013. We continue to evaluate whether we can reduce these inventory levels further and to invest in the breweries to improve their service and support the Program.”

Depletions grew 16% from the comparable 13-week period in the prior year primarily due to increases in Angry Orchard┬«, Samuel Adams┬« Seasonals, and Twisted Tea┬« that were partially offset by declines in some other Samuel Adams┬« styles.

The Company believes wholesaler inventory levels at December 29, 2012 were at appropriate levels. Inventory at wholesalers participating in the Freshest Beer Program was lower by an estimated 241,000 cases at December 29, 2012 compared toDecember 31, 2011, reducing reported earnings per diluted share by approximately $0.08 for the 2012 fiscal year.

Advertising, promotional and selling expenses for the 13-week fiscal 2012 fourth quarter were $2.8 million lower than those incurred in the 14-week fiscal 2011 fourth quarter, primarily as a result of having one less week in the quarter, partially offset by higher costs for additional sales personnel and increased investments in advertising and local marketing as well as increased costs of freight to wholesalers. The lower 2012 expense also reflects the change in accounting treatment for certain customer programs and incentives that is discussed in the full year summary of results below and occurred during the quarter.

Depletions grew 12% from the comparable 52-week period in the prior year primarily due to increases in Angry Orchard, Samuel Adams Seasonals, and Twisted Tea that were partially offset by declines in some other Samuel Adams┬« styles.

Net income for the 52-week fiscal 2012 full year decreased $6.6 million, or $0.42 per diluted share, compared to the 53-week fiscal 2011 full year, due to the benefit in 2011 of the recall settlement of $0.92 per diluted share and increased investment in 2012 in advertising, promotional and selling expense, not being fully offset by the benefits of net revenue increases in 2012.

Gross margin for the 52-week fiscal 2012 full year decreased to 54.3% compared to 55.5% in the 53-week fiscal 2011 full year. Increased costs of barley, hops, and other ingredients, combined with increased customer programs and incentive costs were partially offset by pricing increases.

General and administrative expenses for the 52-week fiscal 2012 full year increased by $6.7 million compared with those incurred in the 53-week fiscal 2011 full year, primarily due to increases in salary and benefit costs and Alchemy & Science startup costs.

Year-to-date depletions through the 6 weeks ended February 9, 2013 are estimated by the Company to be up approximately 15% from the comparable period in 2012.

The Boston Beer Company began in 1984 with a generations-old family recipe that Founder and Brewer Jim Koch uncovered in his father’s attic. After bringing the recipe to life in his kitchen, Jim brought it to bars in Boston with the belief that drinkers would appreciate a complex, full-flavored beer, brewed fresh in America. That beer was Samuel Adams Boston Lager┬«, and it helped catalyze what became known as the American craft beer revolution.

Today, the Company brews over 50 styles of beer. The Company uses the traditional four vessel brewing process and often takes extra steps like dry-hopping and a secondary fermentation known as krausening. It passionately pursues the development of new styles and the perfection of its classic beers by constantly searching for the world’s finest ingredients. While resurrecting traditional brewing methods, the Company has earned a reputation as a pioneer in another revolution, the “extreme beer” movement, where it seeks to challenge drinkers’ perceptions of what beer can be. The Boston Beer Company strives to elevate the image of American craft beer by entering festivals and competitions the world over, and in the past five years it has won more awards in international beer competitions than any other brewery in the world. The Company remains independent, and brewing quality beer remains its single focus. While the Company is the country’s largest-selling craft beer, it accounts for only approximately one percent of the U.S. beer market. For more information, please visit www.samueladams.com.