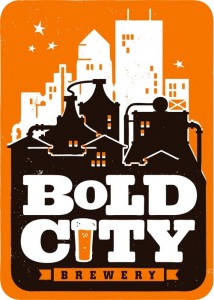 Jacksonville, FL — Bold City Brewery is extremely excited and proud to announce our expansion to the greater Orlando metropolitan area and our partnership with City Beverages of Orlando. They will begin distributing our products starting April 1st (and we’re not fooling!).

In order to continue to meet it’s current market demand and support the Orlando market, Bold City Brewery has increased capacity by 60% through adding an 80 barrel fermentation tank to it’s current brewery configuration.

Susan Miller, Owner / CEO of Bold City Brewery said, “Our expansion into the Orlando market is very exciting for the Bold City Brewery family and we believe there is vast opportunity for growth in Orlando. The folks at City Beverages will take excellent care of our products and work closely with us as we expand distribution into the Florida market.”

The brand release into the Orlando market will begin with:

Look for our beers at your local bar and restaurant, as well as your local grocer and liquor stores. Bold City products are currently available in Jacksonville, St. Augustine, Gainesville, Tampa, St. Petersburg, Sarasota and Orlando beginning April 1st.

Bold City Brewery, the first craft brewery in Jacksonville, was started in 2008 by the mother-son team of Susan and Brian Miller.