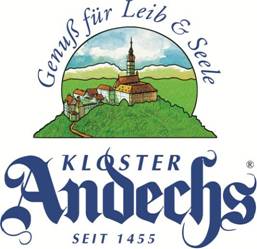 NEW YORK — On Thursday, June 20 at 6 p.m. beer lovers will get an exclusive taste of Germany’s famed Andechs beers at the Fassanstich (“First Tap”) Party at Zum Schneider, the popular Bavarian biergarten located at 107 Avenue C (212-598-1098). Brewmaster Alexander Reiss, of the legendary brewery, will travel from Germany to be present for this ground-breaking first pouring of his beers in the United States.

For the past 13 years, Zum Schneider owner Sylvester Schneider, a native of Andechs, Germany, has worked to bring his hometown’s renowned monk-brewed beers to the United States. Andechs will initially only be available on the East Coast at Zum Schneider, in Manhattan and at their second location in Montauk (4 South Elmwood Avenue, 631-238-5963).

“Bringing Andechs to Zum Schneider is a dream come true! I’m honored and proud to be able to finally present these beers — exceptional even by tough German beer standards — to my friends here in the States,” says Schneider. “Authenticity has always been the key at Zum Schneider. We’re thrilled Andechs joins our tap list, just like with our ongoing exclusive HB Traunstein beers, allowing us to bring our guests ‘the real deal’ directly from Germany.”

For the Fassanstich Party, Brewmaster Reiss will bring over historic wooden, 50 liter kegs. One will be tapped with a mallet to kick off the celebration in Manhattan and the beer from this special keg will be offered complimentary on a first-come, first-served basis. A second keg will tapped at the Fassanstich Party in Montauk.

All draught beers will be offered on a pay-as-you-go basis, and Oompah band Moesl Franzi and the JaJaJas (founded and fronted by Schneider himself) will play live music. A special menu of Andechser fare, identical to that served on the “holy mountain” of Andechs, will also be available for purchase, including: Haxn, roasted pork shank with cracklings in dark beer gravy, served with potato dumpling and red-and-white cabbage salad; Wammerl, pork belly with cracklings, served with potato salad; Leberkaes, Bavarian-style meatloaf with white cabbage and potato salad; Brotzeit, Bavarian-style cold cuts and cheeses with a basket of hearty Zum Schneider breads; Obatzda, traditional Bavarian cheese spread, served with a basket of hearty Zum Schneider breads; and Radi, thinly sliced, salted white radish.

The Benedictine monastery in Andechs was founded by seven monks in 1455, and it is believed that even then, they brought the tradition of brewing beer, for their own consumption and for that of the community, with them. From their three historic recipes — a thin, easy-drinking beer for poor pilgrims and visitors; a second, heartier beer for the monks themselves; and a stronger beer for abbots and other high-ranking guests — the monks have brewed for centuries, refining their recipes to the now-legendary Andechser biers of today. A modernization of the brewery in the 1970s and 80s set the stage for the monks to begin producing more beer than ever before, creating new jobs in their beloved town and making export a possibility for the first time.

Zum Schneider is an authentic indoor Bavarian biergarten, founded by Schneider in 2000 in New York City’s vibrant East Village. The beer hall quickly earned a cult following among beer lovers and German culture hounds for the bilingual staff, unusual and rare German beers and commitment to such cultural mainstays as televising football matches and live Oompah music. A second location, in Montauk on Long Island, opened in May of 2012, and will host a second Fassenstich Party on Sunday, June 23 at 5 p.m. For more information on either location, please visit www.zumschneider.com or contact Sylvester directly:Sylvester@ZumSchneider.com.

Beginning Labor Day Weekend, the beers will be available in other East Coast cities. Andechs is imported to the East Coast by St. Killian’s, who have been importing fine international beers since 1983. For more information, please contact Lars Dahlhaus: lars.dahlhaus@stkillian.com. For more details about the Fassanstich event, follow Zum Schneider on Twitter (@zumschneider) and like them on Facebook.