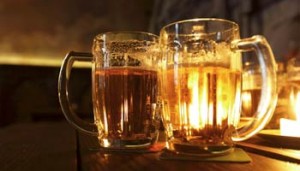 Canada’s brewing heritage dates back to 1668 and continues today to be an important national food manufacturing industry where 85% of beer sold in Canada is brewed in Canada.

“Canada is known globally for making great beer,” said John Sleeman, Founder and Chair of Sleeman Breweries Ltd. and Chair of Beer Canada. “But the impact of beer on Canada’s economy goes much further, supporting more than 160,000 jobs in every province and territory.”

“Our knowledgeable brewmasters are fortunate to have ready access to the high quality malting barley grown in Western Canada and clean fresh water, two of the four key ingredients in beer,” continued Mr. Sleeman. “Brewers bring water and malt together with hops and yeast to make great beer which engages a value chain that creates jobs, economic wealth and tax revenues for every level of government.”

“Today there really is a beer for every occasion, with so many styles, tastes and colours to choose from,” said Luke Harford, President of Beer Canada. “As brewers continue to innovate and beer drinkers explore, beer will continue to be a steady economic driver in Canada.”

Canadians drink 23 million hectolitres of beer a year on average, about 80 litres on an adult per capita basis. Beer is the most popular beverage alcohol product, accounting for 45% of all beverage alcohol sales according to Statistics Canada.

Today also marks the launch of Beer Canada’s new name and logo. Formerly the Brewers Association of Canada, Beer Canada will continue to promote a vibrant brewing sector from coast-to-coast-to-coast.

Beer Canada is the national voice of beer with a vision for beer to be a celebrated part of Canada’s culture and for brewers to operate in a healthy regulatory environment.

Please visit the Conference Board of Canada’s website for full copy of its report From Farm to Glass: The Value of Beer in Canada – www.conferenceboard.ca