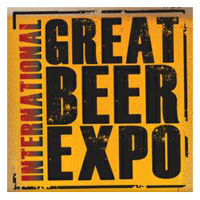 PHILADELPHIA, PA – Starfish Junction, co-producer of the award-winning Philly Craft Beer Festival, selected as one of the “Top Ten Beer Festivals in America”, returns to Philadelphia for the 4th Annual International Great Beer Expo. The biggest names in international brewing will gather on the Parade Grounds at the Philadelphia Navy Yard on Saturday, June 2, 2012 for what promises to be the summer’s best beer fest. The event will raise funds for the Committee to Benefit the Children (CBC), a local Philadelphia charity. The Navy Yard Parade Grounds is located at 4747 South Broad Street, Philadelphia, PA 19112. www.GreatBeerExpo.com/philly.

“With almost 100 breweries participating, this is going to be our biggest and best show yet,” said Andy Calimano, owner of Starfish Junction, producer of the event. “We have an amazing lineup of breweries, including three European brewers who will be joining in on the day’s festivities. We’re thrilled to have them. The attendees will be thrilled to meet them,” added Calimano.

This international beer tasting extravaganza will showcase more than 95 breweries from across the globe, each providing samples of their country’s proudest brewing achievement. Shoulder to shoulder with some of America’s best breweries will be amazing beer from across the globe, including Canada, Belgium, Lithuania, Portugal, Australia, Czech Republic, Argentina, Turkey, Sweden, Spain, Italy, Ireland, and others.

This year’s special guests include three European brewmasters: James Robertson, Wells Young’s Brewing Company (England), and two of Italy’s finest brewers Guisseppi Collesi from Tenuta Collesi and Iacopo Lenci from Birrificio Br├╣ton. All will be on hand to meet and greet festival attendees while educating the attendees on the beers they are serving.

The International Great Beer Expo will have two sessions: VIP 12:30-5:00 pm and GENERAL ADMISSION 1:30-5:00 pm. The VIP session will give VIP ticketholders an additional hour at the festival, more intimate access to brewers, and the ability to try rare and sought-after beers that are only being poured at this VIP session. VIP tickets are $75 each. General Admission tickets are $46 each. Designated Driver tickets are $10 each. All ticket types can be purchased at the event website www.GreatBeerExpo.com/philly.

VIP and General Admission tickets include admission, a souvenir tasting glass, and the freedom to enjoy a 2 oz. sample of any of the beers present at the expo. No one under 21, including designated drivers, will be admitted. All attendees must show valid photo ID for entry. A limited number of tickets will be sold.

Food will be available for sale from members of the Philadelphia Mobile Food Association (PMFA), including food truck faire from Chewy’s, Foo Truck, The Smoke Truck, and Pitruco Pizza. The event will take place outdoors under tents and will be held rain or shine.

The event will help raise funds for the CBC, Committee to Benefit the Children, a local charity that provides resources for treatment, care and family support to benefit area children with cancer, leukemia and serious blood disorders. The CBC will also be conducting a food drive for local needy families in their network. Attendees are encouraged to bring non-perishable