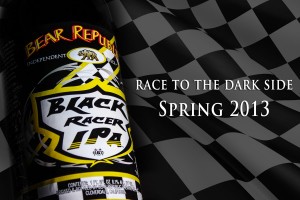 Currently being bottled and kegged, Black Racer will be landing on shelves in select areas of California, Oregon, Washington, Colorado, Pennsylvania, New York, Massachusetts, and Virginia during the first week of April. This will shortly be followed by distribution in Maryland, Texas, Ohio, Arizona, and additional California and New York markets.

Brewmaster/COO Richard “Ricardo” Norgrove and Master Brewer Peter Kruger state, “We feel that we have put our California spin on this Pacific Northwest style, and have the hardware to prove its place among the great.”