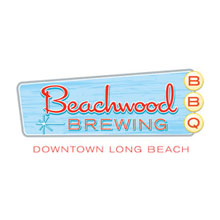 LONG BECH, CA – A year and a half after it’s opening, Beachwood BBQ and Brewing in Downtown Long Beach has been recognized with two medals at the Great American Beer Festival┬« (GABF) — the nation’s largest and most prestigious domestic beer festival held in Denver, CO.

“This is such a great festival and we’re so happy for Julian’s beers to be recognized as some of the best,” said Beachwood BBQ & Brewing Chef/Co-Owner, Gabriel Gordon.

With the growth of craft beer enthusiasts and popularity, this was the largest event ever for GABF with 676 breweries and more than 4,000 beers. The judging panels consisted of 188 professionals from 11 countries.

The medals at the Great American Beer Festival Competition follow on the heels Beachwood BBQ & Brewing’s recent success at the 2012 World Beer Cup┬« where Beachwood’s “Foam Top” took the Gold Award in the Golden or Blonde Ale category.

From Brewmaster/Co-Owner, Julian Shrago, “We are thrilled and humbled by our awards at the 2012 GABF. We would like to extend our sincerest thanks to our customers and friends who offer continued support and inspiration. Cheers!”

Beachwood BBQ & Brewing, located in the heart of downtown Long Beach, CA serves slow-smoked, dry-rubbed, Southern Style barbeque and fresh, hand-crafted beer. As downtown Long Beach’s only independent craft brewer, Beachwood takes pride in brewing some of the best beers in Southern California. Beachwood also offers 24 rotating guest taps of some of the finest beers in the world, earning it recognition as one of the premiere craft beer bars on the West Coast. The original location in Seal Beach, CA continues to offer the same great menu and guest beer program. You can check out a real-time tap list at both locations by visiting the HopCam at www.beachwoodbbq.com.