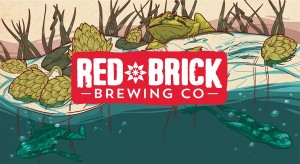 Ticket purchase and general information about the event can be found online at http://www.atlsummerbrewfest.com.

“Our goal is to help raise awareness and elevate the craft brew industry in this state,” said Tyler Cates, marketing coordinator for Red Brick. “We believe our featured brews will help draw attention to the best of what Red Brick has to offer, while helping to support this important and growing industry within our state.”

Summer Brewfest will feature beer samples, summer games and food from Atlanta food trucks Yumbi, Sweet Auburn and the Queen of Cream along with live music from Yacht Rock Schooner and 1980s tribute band Members Only. The festival will provide unlimited four-ounce pours of a plethora of Red Brick staples and selections from their exclusive Brick Mason Series.

“Attendees will also enjoy our limited edition Summer Brewfest creations,” said Cates. “These include Dogmosa — a ‘beermosa’ that starts with Dog Days and orange juice, a cask of Dog Days with lemon and chamomile, an IPA infused with green tea, a mango habanero IPA, a chocolate witbier and a Belgian blonde ale with citra hops.”