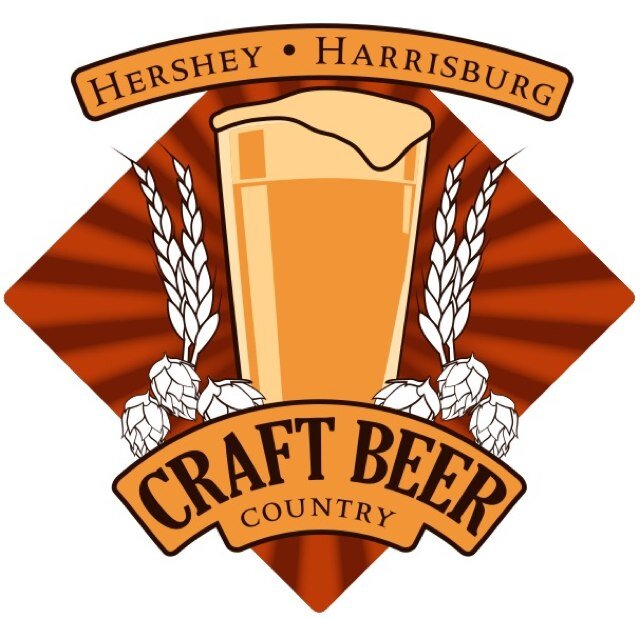 HERSHEY, PA — A backdrop proclaiming “Welcome to the Country” framed by towering kegs adorning the names of twelve local breweries set the stage for Jason Reimer, co-owner of The Brewery at Hershey and President of the new Hershey Harrisburg Craft Beer Country (HHCBC), to address an audience of over 100 beer enthusiasts at Appalachian Brewing Company (ABC) in Harrisburg on September 12, 2013. Full article with map.

newly formed band of brewers consists of twelve (12) independent breweries working in partnership with the Hershey Harrisburg Regional Visitors Bureau (The HHRVB) and Dauphin County Economic Development to raise a flag that tells beer enthusiasts throughout the Northeast and Mid-Atlantic regions that Central Pennsylvania is home to a wide array of unique craft brewers and brewery experiences.

“We are committed to a unified vision of the Hershey Harrisburg Craft Beer Country,” Reimer said. “This collaborative program represents a wide range of breweries; all sharing a narrow focus on producing quality crafted beers. Together with our community partners we will draw the attention of new audiences to our region as a destination for craft beers, handcrafted wines, and quality entertainment.”

The new program will capitalize on the nation’s growing interest in craft beers by promoting area breweries in ways that accentuate the educational and experiential side of local brewing. The grand vision was modeled after the Hershey Harrisburg Wine Country (HHWC) program that Reimer and his associates launched in 2012. Since then the coalition of wineries has grown to 15 vineyard partners and has successfully produced a series of signature events.

“We want to be a destination for those who really want to learn more about the art and culture of our region in regards to their passion for beer or wine,” Reimer said.

When he was instituting the Hershey Harrisburg Wine and Craft Beer Country programs Reimer said he simply asked each partner to commit to being relentless in their pursuit of making Central Pennsylvania a recognized and respected destination for high quality, uniquely handcrafted beers and wines.

“Our partners share the vision of showcasing the artisanship behind the beers and wines produced in this region,” Reimer said. “It’s truly the best of both worlds here.”

The Hershey Harrisburg Craft Beer Country is also an important ingredient in the region’s economy, representing nearly $2 Billion in total economic impact to the region, according to Christopher Thorne, VP of Communications at the Beer Institute. According to Thorne, the beer industry within the four (4) Pennsylvania U.S. Congressional Districts included in the HHCBC footprint supports 14,803 jobs and provides $580 million in wages and benefits.