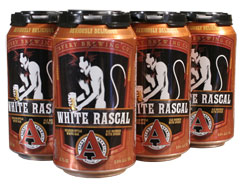 Avery has teamed up with DBI Beverage Inc. to return to region; its beers became available in San Francisco this week. Avery and DBI have plans to expand the brewery’s full portfolio into 19 other Northern California counties over the next couple months and into the beginning of next year.

“I couldn’t be happier about our return to San Francisco and Northern California,” said Adam Avery, Avery Brewing Company’s President, CEO and Brewmaster. “I love that part of the country. It has such a legacy of creative expression and quality. There are so many great breweries there and many of them are among our best friends in the industry. I am stoked to be a part of that market and that community. To get the chance to do so with such a great partner like DBI Beverage makes it even more exciting. They are such a powerhouse with a great book and a team of passionate people who really perform.”

Representatives from DBI Beverage said they are also excited to have Avery join its portfolio of craft beers noting the brewery’s willingness to experiment with genre-defying beer styles and flavors, including its award-winning Barrel-Aged Series.

“Avery’s commitment to craft beer education and training, with significant investments into its sensory lab, which teaches associates how to identify off-flavors in beer, is indicative of their commitment to quality assurance of the highest degree,” said Bob Stahl, Specialty Brand President of DBI Beverage. “Their staff of trained biologists, chemists, and yeast specialists is on par with that of much larger breweries, and reflect the level of expertise Avery brings to the table. These beers are truly world-class, and a fantastic offering for Northern California consumers.”

Adam Avery and Dustin Lemoine, Avery’s National Sales Director, are coming out this week to celebrate the brewery’s return to San Francisco. They will attend a relaunch party at the Toronado Pub on Thursday, Nov. 7th that will feature a few specialty beers including The Beast Grand Cru Ale, The Czar Imperial Stout, duganA India Pale Ale and Hog Heaven Dry-Hopped Barley Wine Style Ale.

Since 1993, Avery Brewing has been committed to producing eccentric ales and lagers that defy styles or categories. Its products are American at heart: blending Old World tradition and expertise with ingenuity, creativity and boldness. With a dedication to making beer from the inside out, Avery brews what it likes to drink—with utter disregard for what the market demands— and searches out fans with equally eccentric palates.